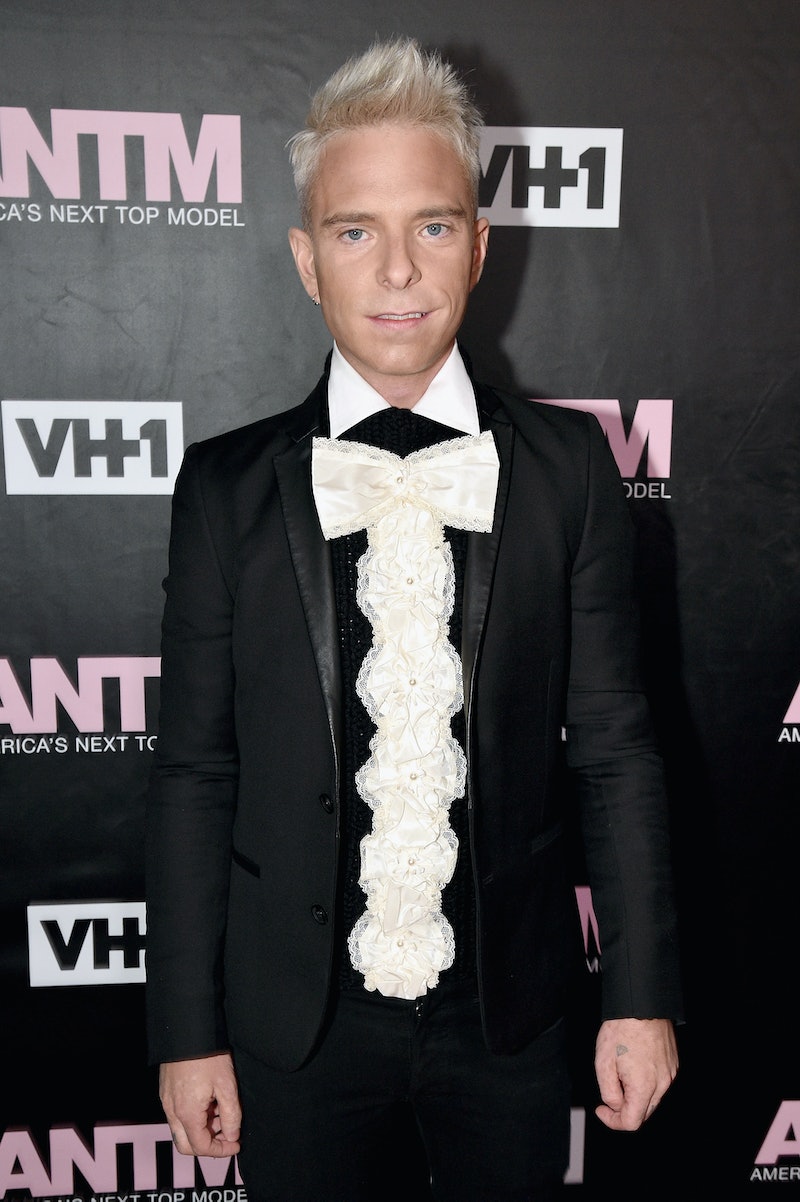 Tyra Banks' reign on America's Next Top Model ended just over a year ago during Cycle 22. Now, the show is back with a new host — Rita Ora — as well as a whole new panel of judges. So, who is America's Next Top Model judge Drew Elliott? He's one of four new judges joining the show, including the aforementioned Ora, stylist Law Roach, and recent Vogue cover model, Ashley Graham.

Well, as fate would have it, Elliott is the current Chief Creative Officer of Paper Magazine — a publication you might remember as the one that "broke the Internet" with Kim Kardashian's behind (and some well-placed champagne, of course). Elliott was instrumental in making that infamous cover happen, and, as such, we can probably count him as a major force to be reckoned with within the famously cutthroat environs of America's Next Top Model, especially as he'll be helping to usher in a whole new era on the show. After all, according to Ad Week, that cover brought in leagues of new subscribers and social media followers to the magazine, and it'll be interesting to see how he passes on that savvy to both the contestants and to his fellow judges on the show.

What else do we know about him? Well, we know he has what might just be the coolest apartment ever ( New York Magazine refers to it as "Gilded Age Pop," which should give you a pretty good idea of just how innovatively gorgeous it is). Here's another fun fact: He takes his style inspiration from Who Framed Roger Rabbit. He told The Coveteur that his style is "villainous," and that he takes "a lot of inspiration from Judge Doom ... I like a balance between cartoon and classic."

He also explained in the same profile, "I almost exclusively wear women’s clothing. I also love to trick the eye. All of my shoes are stacked. Whether it be Givenchy creepers or shoes from 8th street in Manhattan that I have customized on St. Marks street, I must have a little lift." With that in mind, it'll be interesting to see what kind of womenswear expertise he'll be passing on.

Last but not least? Well, given the Internet-breaking Paper Magazine cover, we knew he was a fan of the Kardashian family — but he also seems to have a soft spot for the youngest Jenner sister, given the fact that he took to Instagram to express his wish for a sweatshirt from the infamously hard to get into Kylie Shop.