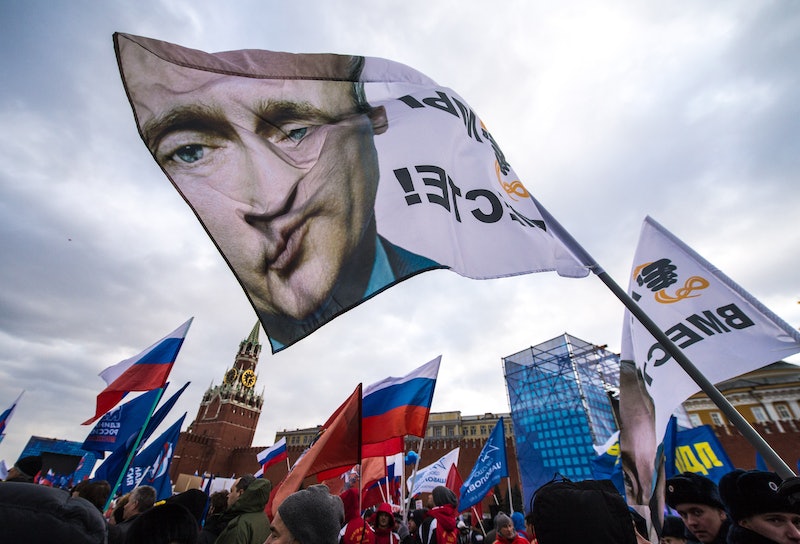 Mikhail Gorbachev almost certainly never saw this coming. When the Soviet Union dissolved at the end of 1991, it seemed, for all intents and purposes, that the West had won the Cold War. Now, the situation is a little different. After a quarter century, Russia has allegedly influenced an American election to install a pro-Russian businessman with little regard for NATO into the highest office in the U.S, according to CIA intelligence. As it turns out, the Soviet Union actually has won the Cold War — 25 years after it ceased to exist.

Before Trump, American presidents have had fairly similar stances on their Russian counterpart. Obama, Bush, and Clinton all approached Vladimir Putin optimistically and in the spirit of mutual respect, with the knowledge that the two nations would have their disagreements. Hillary Clinton and Putin regard each other with suspicion and dislike, however. Putin seemed to fear Clinton, thinking that she might stand in the way of his domestic and foreign policy goals.

Luckily for the former KGB agent, Clinton's opponent showed no signs of standing in the way of anything Russia did. He came off looking foolish after claiming that Putin was "not going into Ukraine," despite the fact that Putin had literally gone into Ukraine over two years earlier. He also set conditions for NATO members, saying that he would not offer American assistance if they had not contributed their fair share.

This must have been music to Putin's ears, as Russia has already claimed that parts of Georgia and Ukraine (both non-NATO members) with a potent mix of military power and the ability to foment nationalist sentiment among Russians living outside of Russia. More recently, they've started employing the latter tactic in Latvia, another former Soviet State, where a significant part of the population is ethnically Russian. Latvia, Lithuania, and Estonia together make up the Baltic States, all democratic republics that have joined both the EU and NATO. They've all witnessed Russia's shows of military strengths in the last couple of years, but Moscow has not yet actually used force against them. An American president willing to disregard the benefits that being a NATO member confers on these country, though, could easily play into Moscow's hands.

As if that wasn't enough, Trump already seems to have chosen a secretary of state who has received the highest honor that Russia can confer on a foreigner and a national security advisor whose ties to Russia are almost as strong. Trump himself said that he would rather let Russia have its way in Syria, and his cabinet picks don't seem likely to stop Russia from having its way elsewhere too.

The Soviet Union may not exist anymore, but Russia is the country that inherited its forbear's structure and politics. Boris Yeltsin, the Russian leader in the 1990s, seemed ready to go in a different direction — but Putin has spent his entire tenure consolidating his power, committing human rights violations, and antagonizing other countries, many of which used to be Soviet territory. This is one case where Hillary Clinton's business as usual would have better served the interests of the U.S. and of the countries bordering Russia, whose fears of invasion will only get worst.

Can anyone legitimately tell Lithuania, Latvia, and Estonia that they shouldn't prepare for Russian aggression? Trump certainly won't.