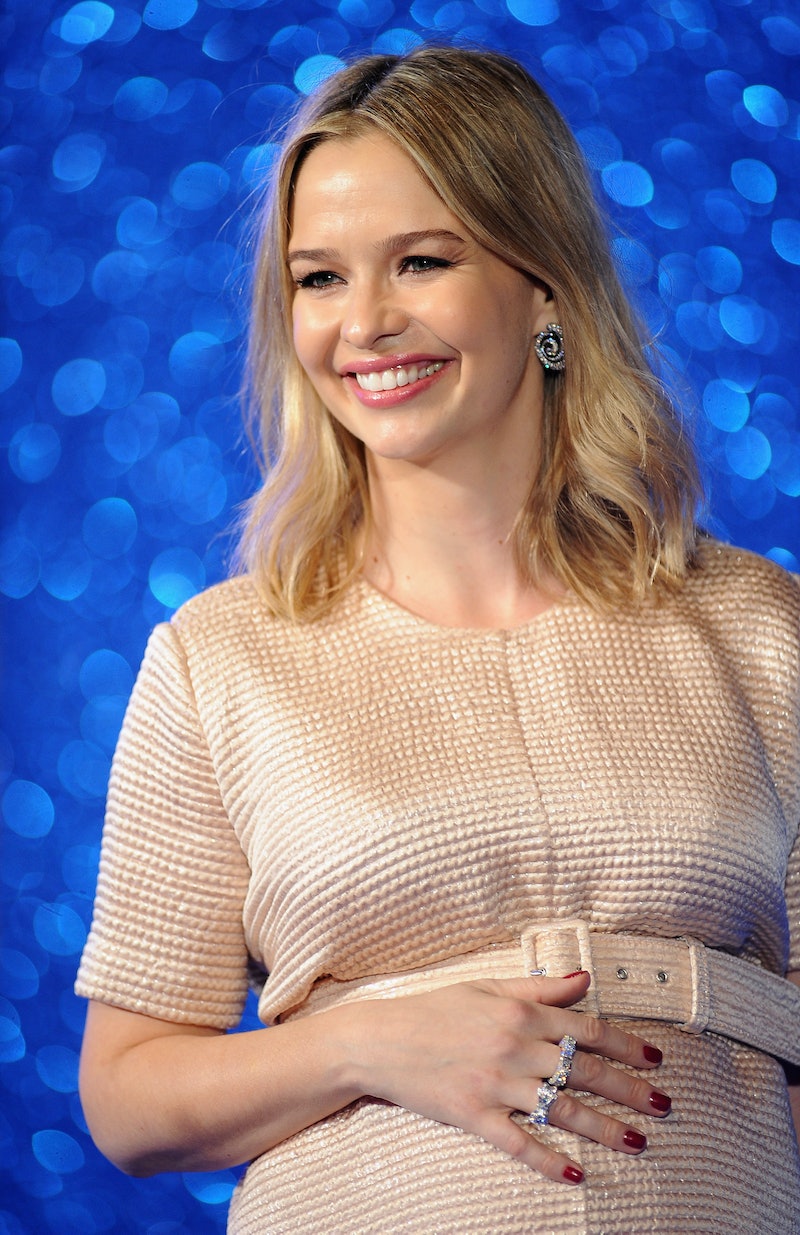 You know her best as one of the stars of Bravo's Ladies of London, but now Marissa Hermer is a cookbook author. Slated for an April 2017 release, her first cookbook, An American Girl in London: 120 Nourishing Recipes for Your Family from a Californian Expat is filled with all kinds of recipes perfect for families. Her own family experience inspired her to embark on this new journey, especially her high-risk pregnancy with her daughter, Sadie, which influenced her to expand her food-loving horizons. "This time around [my pregnancy] was a little different, because I think I wanted to be even more nurturing and more maternal, because I was told often that I wasn’t going to be able to keep the baby," Hermer tells Bustle about why she started cooking even more and decided to put her recipes into a cookbook.

During her pregnancy, Hermer was often on bed rest due to placenta accreta. (According to the Mayo Clinic, placenta acrreta is considered "a serious pregnancy condition that occurs when blood vessels and other parts of the placenta grow too deeply into the uterine wall.") Despite being on bed rest, she was allowed to get up and move around from time to time. As she explains, "When I wasn’t actually on bed rest, I was, like, on house arrest."

Her doctors preferred she stay inside her house, so to keep herself entertained and busy, the reality star cooked. "It almost gave me something to do while I couldn’t do a lot of other things," she says. "That combined with whenever I’m pregnant I get very nesty and domestic and I want to cook a lot and I want to feed my family. That maternal nurturing part of me comes in like real big and strong whenever I’m pregnant."

Enter the birth of the cookbook. "It almost helped me take care of my family in a way where I can feed them, because I couldn’t run around and take the kids to the park and I couldn’t do a lot of the things I usually do with the boys that I can do now," she continues. "Emotionally, in my mind, it helped that I could take care of them through food. So I ended up cooking a lot. I didn’t go grocery shopping, I ordered all the food online and I just sort of played around with recipes. It gave me a creative outlet, really."

That's why An American Girl in London is filled with family recipes. "It’s the food that I cook for family," Hermer explains. "It’s my favorite foods that I cook for the kids for breakfast, the food that I was raised on in California. So, it’s my dad’s porridge and my mom’s granola recipe that she always gives everyone for Christmas presents still every year. It’s also the food that I learned to cook for my husband [Matt Hermer]."

After moving to London from California, Hermer had to become acquainted with English food, like Shepherd's Pie. "Matt was raised on potatoes with every meal. He was raised on Shepherd’s Pie, a steak and ale pie with Sunday roast." That quickly became part of her family's typical menu. "It’s really comfort family food. It’s the food that I wanted to make when I was pregnant that I wanted to nourish my family with," she says.

As fun and simple as that may sound, it wasn't always an easy process for Hermer. She says with a laugh that "everything" about writing the cookbook was challenging. For instance, she likes to change up recipes from time to time and go off of what she has in her refrigerator, so it was difficult for her to put something down on a page as if to say there is only one right way to do it. "It was a tedious process as far as actually writing down the recipes and making it so formal, where for me [when] I cook, [I] just sort of feel [my] way through it rather than making it so detailed." She adds, "Cooking is such a sensory activity, or rather adventure. It’s all about the look and feel of something."

That said, the process was worth it. "The book is beautiful, the recipes taste delicious," she says. As tiring and unsure as she was throughout it all, Hermer held onto some sound advice her husband once gave her (which also influenced her to join Ladies of London): "If it doesn’t work, it’s something crazy you did. But, if it does work, who knows what? You’re never gonna know, until you just do it."

Thankfully, she followed through and now fans can cook like Hermer. Be sure to keep an eye out for An American Girl in London when it hits shelves in April 2017. And for more from Hermer, tune into Ladies of London Tuesdays at 10 p.m. EST on Bravo.

More like this
The 8 Best Chew Bones For Puppies, According To A Vet
By Andrea Hannah
Kim Kardashian & Pete Davidson’s Reported Breakup Has Twitter Running Wild
By Brad Witter
Tacos Are Chef Kay Kay’s True Love Language
By Maxine Harrison
The WAGatha Christie Verdict Is In – & The Court Has Ruled In Rooney's Favour
By Bustle UK
Get Even More From Bustle — Sign Up For The Newsletter