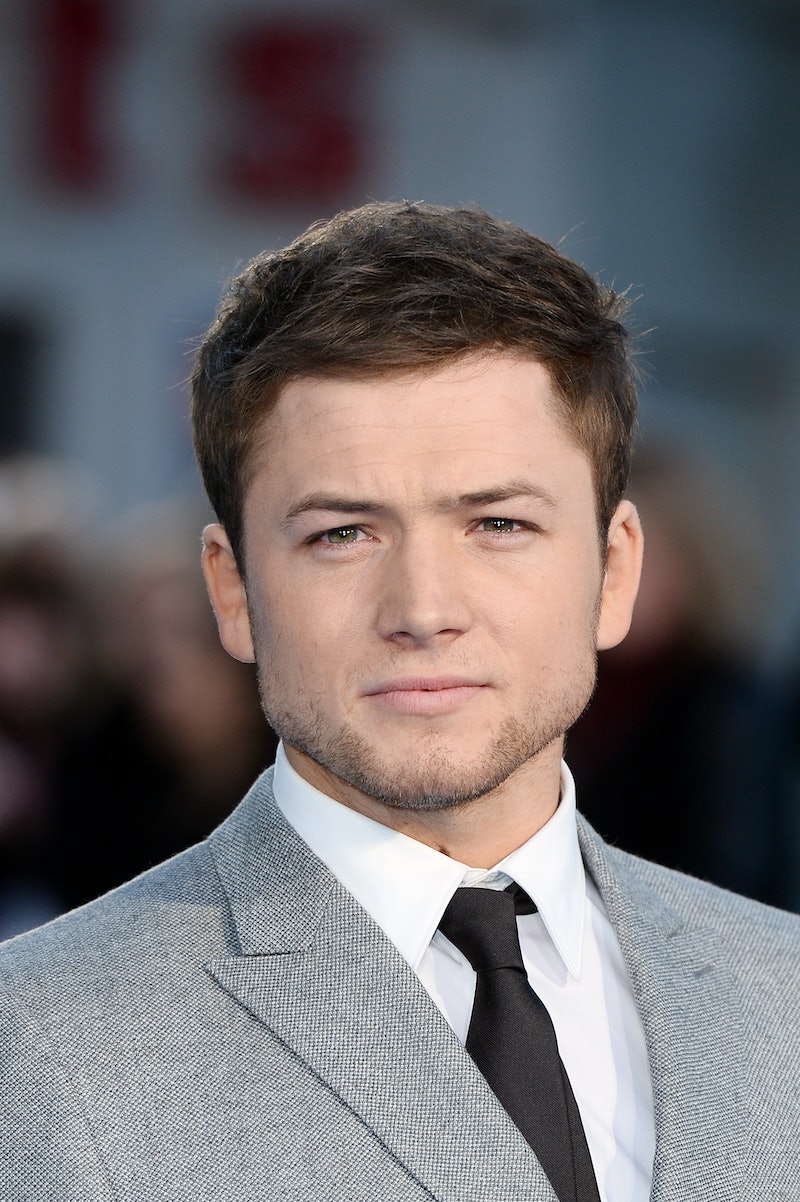 While relatively new to the big screen, 27-year-old Welsh actor Taron Egerton has delighted audiences with a handful of performances, perhaps most notably as Eggsy in Kingsman: The Secret Service. Eggsy is a kid from the wrong side of the tracks who happens to find himself in the violent and physically exhaustive world of an underground spy organization. But with his latest role, Illumination Studio's Sing, Egerton does a complete 180. Instead of showing off his parkour moves and potty mouth, the actor is utilizing a new set of skills: his singing voice.

"This is the first opportunity I've been presented with to sing, besides the credits I did for Eddie the Eagle with Hugh [Jackman], which is more of an easter egg than a real demonstration," Egerton tells me over the phone as he scrambles to get ready for an appearance on The Late Late Show with James Corden. "I lept at the chance — It's been a long standing dream of mine — a huge aspiration to make a movie of this nature."

And when I heard Egerton croon in the film, which hits theaters Dec. 21, I was entirely blown away. I immediately assumed they had hired someone else to do the vocals. But alas, I was wrong. Egerton is well-versed in the world of song, and that is indeed his own voice belting the lyrics of Sam Smith's "Stay with Me," and a handful of others, on screen.

"I come from Wales in the UK and we have a fairly rich heritage of singing. Choral singing is a very big thing in Wales," he shares. "It was something I did a lot in school. When I was 17 I started experimenting with singing solo, I did an amateur musical, and when I was in drama school I was encouraged to sing. I did a singing competition that went well, and I had just been sort of waiting for the opportunity for someone to pay me to sing."

Audiences who know Egerton's work may be surprised to see — or rather, hear — him in such a dramatically different role from the one he's known for. His film, Kingsman, while completely fun and immersive, is not for the faint of heart. "It's completely different. The bulk of Kingsman is exclusively physical, whereas something like this is all about voice and it was a real learning curve," he says. "I've got to confess, it's a great deal of work making that voice sound muscular and animated enough to really hook people in."

But as an actor with younger siblings — "I have a 4-year-old and a 6-year-old sister and my father has children who are all under 18" — this film was a nice change of pace. "It's great to make something like this because I know that they are going to be able to watch it and appreciate it. It's not going to be scary or gory."

Egerton couldn't wait to dive into the songs his character Johnny would be singing. "They are classic and beautifully written contemporary pop-rock songs. When someone says to you, 'You're gonna sing, 'I'm Still Standing,' that's a huge thrill," he says.

But don't get too excited — Egerton won't be pursuing music outside of movie roles in the near future. "I'm no Tori Kelly, Jennifer Hudson, or Stevie Wonder. It's a real pleasure to have the chance to be an actor and a sometimes singer, but no. I don't think I'm going to be cutting an album anytime soon."

After all, Egerton is an actor-slash-singer, and not the other way around. I ask him how he convincingly stepped into the shoes of his non-human character, and he laughs. "The fact that he's a gorilla has to be inconsequential. You treat it as if he's a teenage kid and you try to make him as relatable as possible," he says. "You don't go in scratching your armpits and eating bananas."

So, he's not a method actor then? "No. I never have been and never will be. No discredit to anyone who does do that — but it's far too much effort for me."

Yet this isn't to say Egerton is afraid of trying new things. In actuality, his philosophy is quite the opposite: "I think it's good to be outside of your comfort zone. I've pursued projects that appeal to me. [Sing] is no exception. I love things that are challenging and different and unlike anything else."

Then I suppose... dancing is the next logical step? One can only dream. Until that fateful day, Egerton can be seen as the lovable Gorilla in Sing, reprising his role as Eggsy in The Kingsman 2, playing a privileged schoolboy in Billionaire Boys Club, and taking on the fabled Robin Hood in a 2018 adaptation. "Challenging and different" about sum it up.