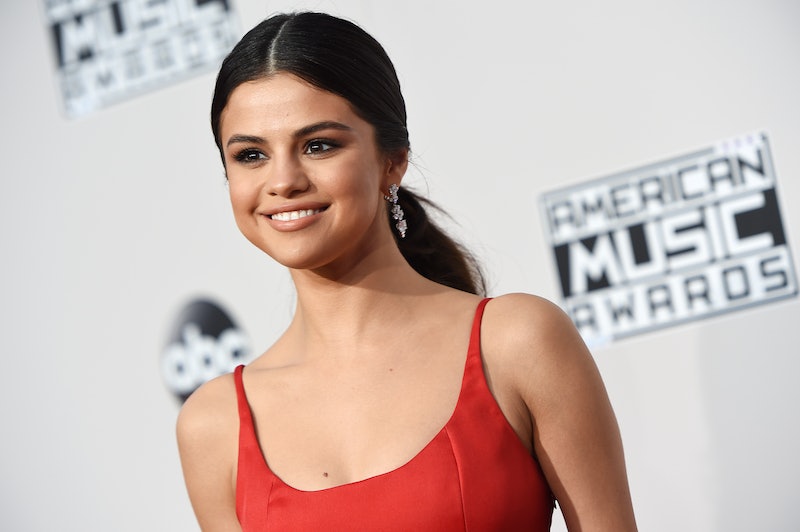 Selena Gomez is a standout woman among many, and as the most followed Instagram user with 104 million followers, there is absolutely no doubt that the world's eyes are on her. Between her sold out Revival Tour, her AMA acceptance speech, and her rise as a style star, it should come as no surprise that Selena Gomez was asked by Coach to be their latest brand ambassador.

According to Fashionista, the pop singer signed a $10 million deal with Coach, which includes a jointly designed bag for the American label. Along with designing a line for the brand, Gomez will also be appearing in upcoming campaigns as the face of the label. This isn't Gomez's first fashion rodeo, though. The singer has been seen in campaigns for Louis Vuitton and Adidas, and was also the spokesperson for Pantene.

So what does Gomez's epic following think about this collaboration? To no surprise, the Revival pop star's fanbase is as strong as ever. The singer's fans have proven many times how supportive they are in her times of need, and when the good news comes, they're ready to celebrate. Now that some new products are coming out, you can except that fans will be flocking the stores to get their hands on a piece.

1. Fans Are Ready To Shop

This fan is excited to shop the new line.

2. They Can Only Express Themselves In Pure Emoji Emotions

Some have no words.

Others have tears of joy.

4. Her Fans Are Incredibly Proud

Selena signs a $10 million deal, I sit on my couch.

6. All Bow Down To The Queen

Two mentions of Gomez as queen, making her fans proud.

7. Many Are Preparing Themselves For The Drop

8. Some Question Why It's Happening

9. Some Are Spreading The News