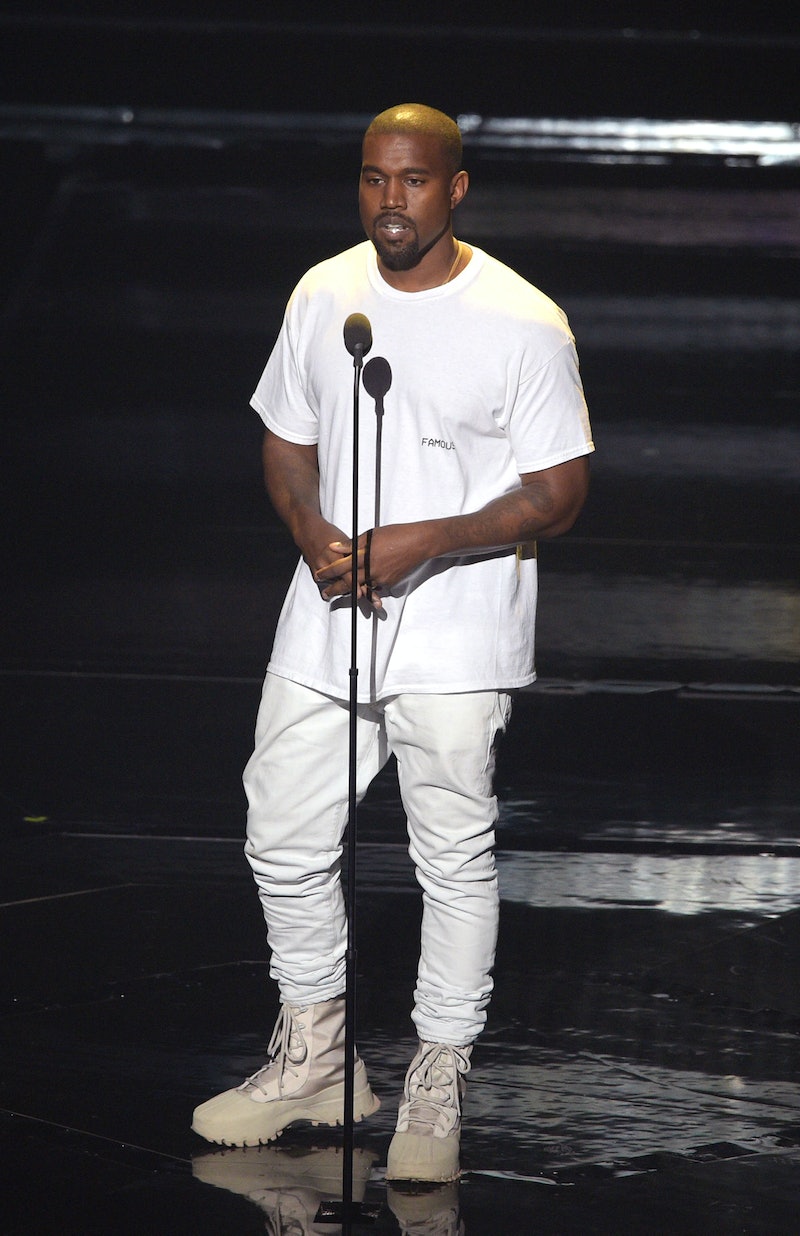 As if 2016 couldn't get any stranger, it just did. On Tuesday morning, Kanye West had a meeting with Donald Trump, and yes, this is real life. I didn't want to believe it at first, but the photo and video evidence of West and his entourage — sans his wife, Kim Kardashian — entering Trump Tower make it kind of hard to deny that this is really happening. So why is West meeting Trump? There are so many possible answers to this question, but so far, all the information that's come out about their meeting isn't exactly specific.

TMZ claims that this meeting came at West's request, and although the site didn't have any other details to offer, they did mention that it's reportedly intended to be a 15 minute sit down. There's no telling whether this is just a meet and greet situation or if it's about something more serious, like West and Trump planning to work together in the future. Another possible reason? They could be working out a deal for West to perform at January's inauguration, since Trump has allegedly had a difficult time securing entertainment so far. My curiosity about what they could have discussed is through the roof, so hopefully, more information is to come soon.

And according to what Jason Miller, the communication director of Trump's transition team, tells The Daily Beast, Trump wants to "reach out to people both from traditional and nontraditional political viewpoints" and form coalitions, so it sounds like West's visit to Trump Tower could be part of that. That's all pretty vague, though, but maybe West is supposed to help unite Trump with the parts of America who are against him?

Trump and West have yet to confirm exactly what their meeting was about, but Trump did say that they were "discussing life" as he and West took photos in the Trump Tower lobby. You know, whatever that means.

Of course, this meeting shouldn't be quite as surprising as it is, considering the fact that West revealed he would have voted for Trump if he'd participated in the presidential election during a concert last month, right before he was hospitalized for exhaustion. Since West's release, he's been laying low... until now.

If you need me, I'll be here, waiting for answers... and continually cringing at Trump and West's post-meeting handshake. How is this real?!