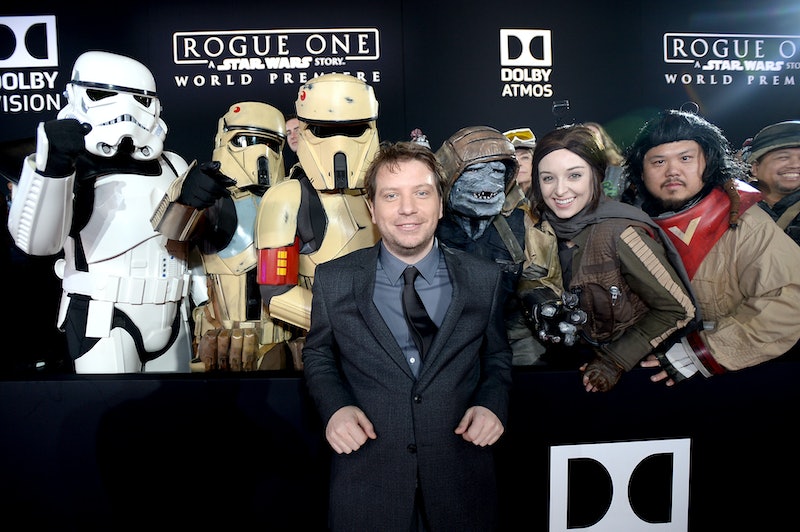 The Star Wars films have always been defined pretty strongly by their directors. George Lucas himself directed several of them, and the filmmaker of Star Wars Episode VII: The Force Awakens, J.J. Abrams, is also a huge name in his own right, known for a few little movies like Armageddon and the Star Trek franchise. However, you might not recognize the name of the fellow at the helm of Rogue One: A Star Wars Story. Many viewers may not know who Rogue One director Gareth Edwards is, but rest assured, he's just the right person to bring a new Star Wars tale to life.

Edwards has been in the sci-fi game essentially his whole life. According to his IMDB, he majored in Film & Video at the University for Creative Arts in Farnham, England and worked in visual effects on television shows such as Nova and Heroes and Villains. His first feature film, Monsters, a low-fi science-fiction monster film that he made with a team of just seven people total, was released in 2010 and holds an impressive 72 percent on Rotten Tomatoes. From there, he was able to go bigger, and directed the supersized monster flick Godzilla in 2014.

Now Edwards, it seems, is living a virtual dream come true with Rogue One. In an interview with The Guardian back in 2011, while he was promoting his film Monsters, he went long on a certain sci-fi film, discussing how important the movie was in making him want to become a filmmaker. That film, of course, was Star Wars: A New Hope. Edwards said he watched the movie so many times a kid that "My mum remembers me quoting it word for word on long car journeys. I once did the entire script." He even visited the filming locations in Tunisia for his 30th birthday.

Edwards admitted to The Guardian that after watching the film hundreds of times, he only watches it now "when I need to remind myself of what it is I want to do with my career." He said, "When you get older the world becomes smaller and more repetitive, but A New Hope still feels like magic to me."

It's pretty amazing, then, that Edwards has now gotten to create his very own Star Wars magic with Rogue One. And, according to Edwards, his work as a director has been given a seal of approval by the one and only George Lucas himself. Cinemablend quoted a recent interview where Edwards recalls Lucas's reaction: "I can honestly say that I can die happy now. He really liked the movie, so it meant a lot."

So, there you have it: Edwards is basically the living embodiment of a dream come true. May we all grow up to become the directors of the spinoff franchises our own personal childhood obsessions, metaphorically.