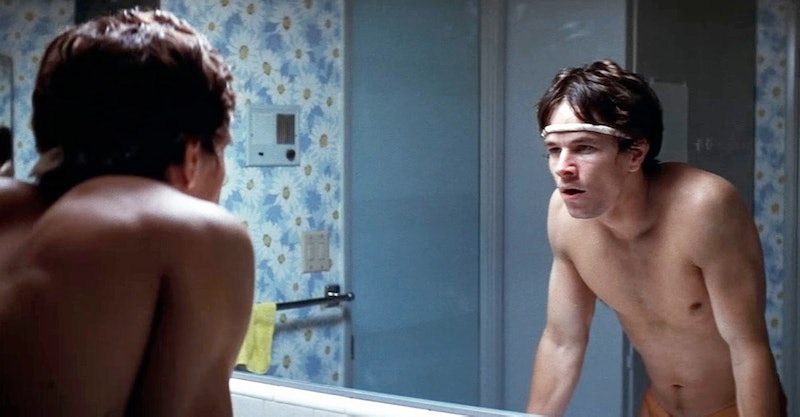 The one delightful promise of January is that it kicks off, if you’re lucky, on a sexy note. New Year's Eve gives way to midnight kisses, and zero familial obligations give way to Netflix and Chill (wait, are we over that phrase?). Subsequently, you might want to know what dirty films and TV shows are coming to Netflix in January 2017, ripe and ready to serve your most salacious yet lazy desires. Well, as per usual, it’s a mixed bag, but with at least one primo pick.

Doubt it? Scroll down and see if any of the following films and shows might appeal for those cold winter nights in.

There's a lot of saccharine stuff in Cameron Crowe flicks, and some of that touch is still evident here. However, it takes a very Lynchian turn early on after Tom Cruise's character gets into a horrific car accident courtesy of a jealous lover. Oh, and it features at least one sex scene that I had to cover my eyes for when I watched the movie with my parents as a pre-teen. So, you know, look out for that.

It's like the sexually transmitted disease from hell: college student Jay is cursed after sleeping with her new boyfriend, and now pursued by some sort of evil entity who will kill her if it ever catches up. The only way to be rid of this entity? Boning someone else and passing the torch onto them. Yeah.

A short-lived crime drama set in the late '60s and focusing loosely on the pursuit of the Manson family... or, like, a fictionalized take on the Manson family. It's impossible to revisit that time and tale without getting your hands a little dirty. I will also vouch that anything that features David Duchovny is automatically sexy.

That title doesn't pull any punches: the good kids in high school decide to let loose before them embark on the next step. It promises sophomoric raunchiness, but hey, to each their own.

Random pickings, I know, but you'll thank me when the snow starts falling.