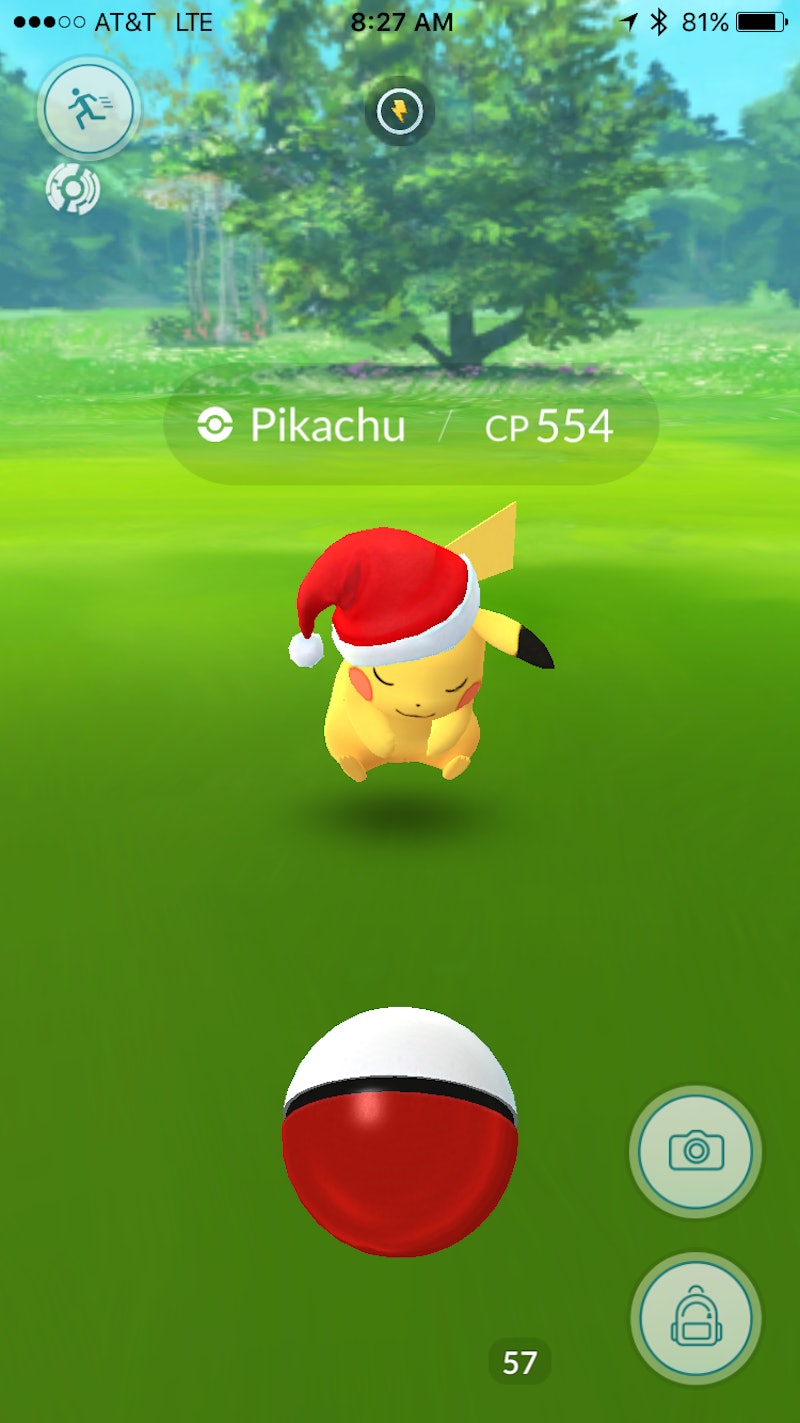 On Dec. 1, the United States collectively rushes to see just how many things they can holiday-fy. This year, even holiday Pikachu in "Pokemon Go" has made an appearance — albeit perhaps a little late. Niantic, Inc., the software development company behind the "Pokemon Go" phenomenon, announced on Dec. 12 that, starting at 10 a.m. PST that day, a limited edition "holiday" Pikachu would begin making appearances across the world. The little dude, who can be seen wearing a Santa hat, will remain catchable until Dec. 29.

Though Pikachu's jaunty li'l cap is certainly cute, this isn't the first time that Niantic has incorporated a holiday into their game. Earlier this year, Pokemon fans were treated to a Halloween event that really embodied what Halloween is all about: Candy and ghosts. The spawn rate for the spookiest of Pokemon, like Haunter and Ghastly, jumped, and players were able to snag double candy for most of their in-game actions.

Thanksgiving was also rung in with a "Pokemon Go" event, though due to the holiday's exclusively American existence, the theme was less "gobble gobble turkeys and colonialism" and more "thank you for playing, here are double XP and Stardust for all your in-game actions for the next week."

So, uh, yeah. If you're willing to brave the cold, holiday Pikachu is out there, waiting, hoping, bopping around in its little hat, wishing you would show up. And what's more, it'll reportedly be easier to find than most Pikachus usually are; according to 9 to 5 Mac, they'll be released in "large quantities." Heck, just take a look at the Live tab of Twitter and you'll see a new person tweeting about catching a holiday Pikachu roughly once every two to five minutes. For the curious, here's how to catch a holiday Pikachu. Because, well... look at this.

Is that cute or what?! Happy holidays, all!