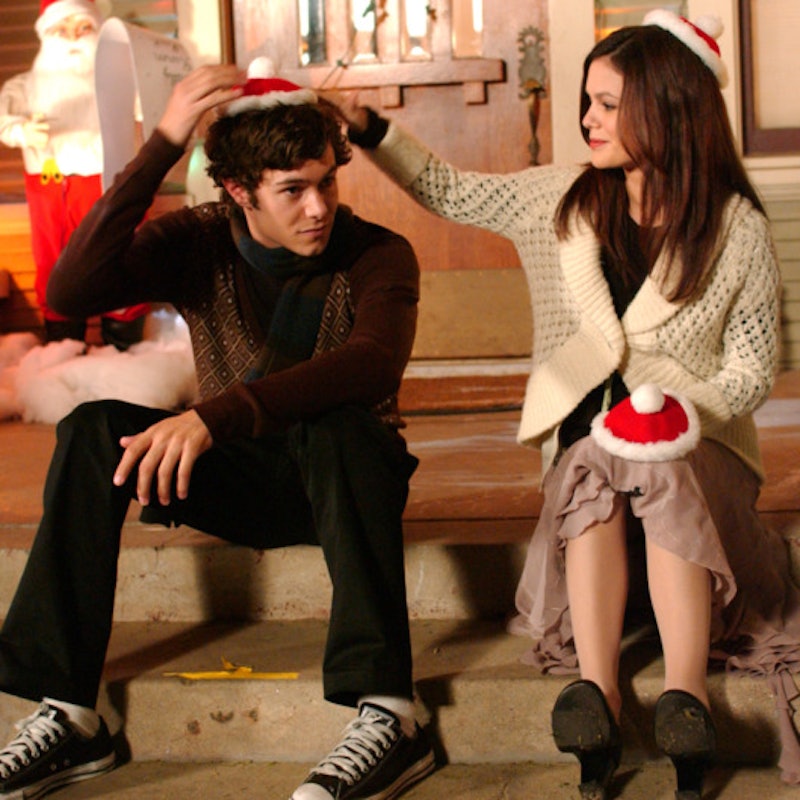 As someone who celebrates Hanukkah, I'm used to spending Christmas break feeling incredibly lonely, eating Chinese food with my parents, and sitting in the movie theater alone while my friends dance around their Christmas trees. Not to be too dramatic, but it's always been hard not to feel left out, which is why I'm particularly excited that in 2016, Christmas Eve and the first night of Hanukkah line up on Dec. 24. This is an event that does not often occur! In fact, it occurs so infrequently that the last time it happened was 11 years ago, in 2005.

This is because because the date of Hanukkah is determined by the Jewish calendar, which is based on the lunar calendar — which as you know, is not static. Because of this, Hanukkah's date is a bit fluid, and can fall any time between November and the end of December. According to the Jewish calendar, Hanukkah falls under Kislev, which can have either 29 or 30 days in it — hence the Hanukkah's fluctuation.

According to the Houston Chronicle , the event of the overlap has only happened four times in the last 100 years. That said, I fully plan on soaking up all the opportunity this has to offer, because the next time the two holidays will overlap won't be until 2019. Basically that means it's almost as rare as a super moon, which definitely makes it something to celebrate,

Even better: thanks to Seth Cohen of The O.C., we've got a term for this special overlapping: Chrismukkah. On Dec. 24, that will actually fully come to fruition! The holiday weekend will be jam-packed with a unifying sense of festivities: Families will light menorahs and gather 'round Christmas trees, they'll eat ham and fry up latkes, they'll shred open gifts and kick around piles of wrapping paper on the floor — all in tandem. They'll listen to classical holiday songs and catch up and feel warm and merry, and of course make plans to see the new Star Wars movie before falling asleep on the couch in a happy, happy food coma. It's a beautiful thought.

Yes, this overlap will amplify the holiday weekend for sure, and no one will have to suffer from FOMO. All of that seasonal energy will be released into the atmosphere at the same time. And for those of you who celebrate Hanukkah, you'll get to close out the eight nights of lights on New Year's — basically giving you a 10 straight days of non-stop celebration.