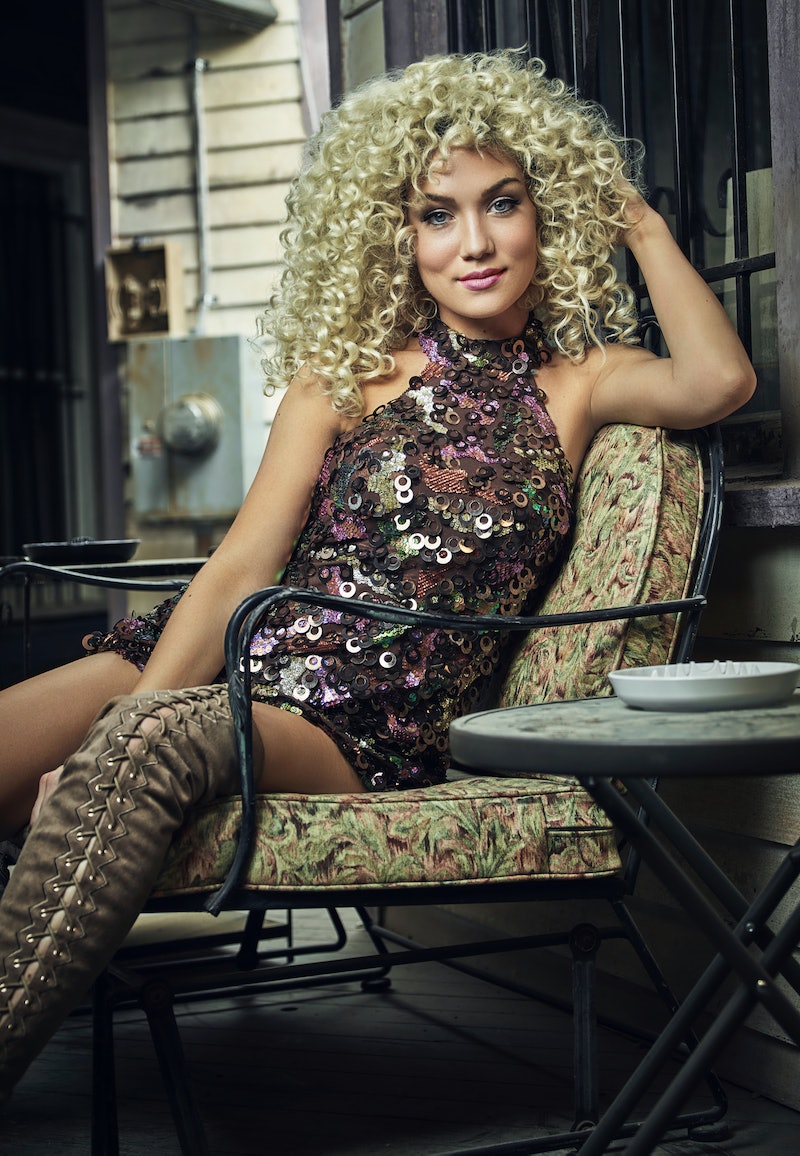 Director and producer Lee Daniels struck televised-musical gold with the hip hop epic Empire and is posed to find yet another musical TV hit with his new series Star. While Empire followed the Lyon family and took at look at the music industry from the top, Star is following a rising girl group at the bottom of the music industry working their way up — and at the front of that group is the titular Star Davis. While Empire garnered early attention from lead performances by established stars Terrence Howard and Taraji P. Henson, Daniels and company performed an international talent search for Star , and eventually decided that Jude Demorest would play Star.

Demorest is a relatively fresh face to television but has been working in the entertainment industry for over a third of her life. She told Vanity Fair that at age 16, she moved out to L.A. to pursue dancing and singing before eventually being signed to Epic Records. She has since worked as a songwriter for Epic Records while pursuing acting, and chances are you've heard her work on the radio. Demorest, along with her fiancé and several other songwriters, wrote the Fifth Harmony hit "Work From Home."

In an interview with Songwriter Universe, Demorest's fiancè and fellow songwriter Ammo discussed the creation of "Work From Home." "I actually got to write the song with a group of my friends, which was really cool, including my fiance Jude Demorest," he said. "She’s one of the writers on [Work From Home] as well… she’s really good." Demorest also told Vanity Fair, "I write whenever I’m not on set," so her musical background provided good preparation for Star.

But that doesn't mean the FOX series is her first acting experience. Demorest appeared in Disney's Jonas, Nickelodeon's Hollywood Heights , and most notably, played the recurring role of Candace in the Dallas reboot. This career-making role of Star, meanwhile, actually came from the loss of another role. According to The Hollywood Reporter, Demorest had previously met with Daniels' sister, casting director Leah Daniels, about a role on Empire. Though she didn't get that part, she was brought in to audition for Star. She told THR that after 11 auditions, Lee Daniels called. "He said, 'Star?' And I said, 'Yes?' And he said, 'It's yours.' Then I started screaming," she recalled.

Demorest will be joined by the other two women that Daniels found through his nationwide search, Ryan Destiny and Brittany O'Grady, to complete her on-screen girl group. She also gets the chance to share the screen with established performers Queen Latifah, Lenny Kravitz, and Naomi Campbell. Demorest told Vanity Fair of working with them, "I watch and learn what may have taken years if this hadn’t been my first project." Though Star isn't quite her first project, it's certainly the role that will put both her acting and musical abiliites into the spotlight.