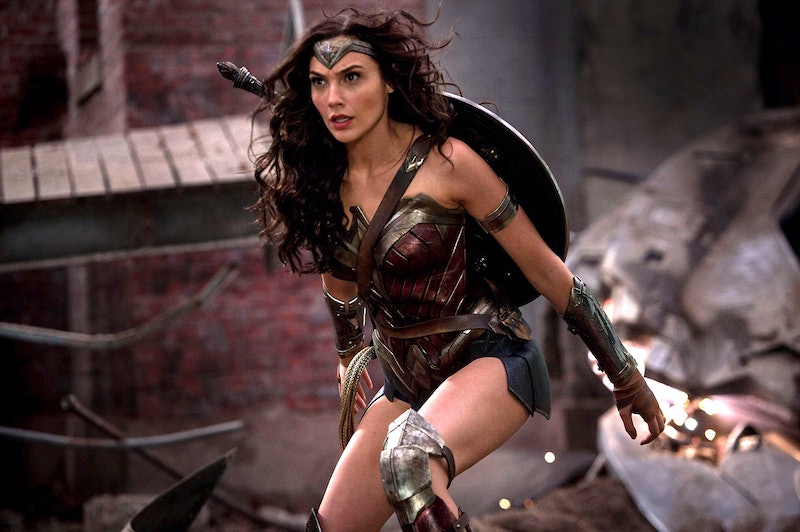 Wonder Woman is arguably the most bad*ss part of the Justice League and even more arguably the most deserving of an honorary United Nations ambassadorship. On October 21, in the best news and in honor of the character' 75th anniversary, Wonder Woman was named an U.N. honorary ambassador. Wonder Woman's got more jobs than Barbie — Amazonian princess, demigoddess, army nurse, she even worked at a taco stand once — but the honorary ambassador job is the perfect one to reflect on Diana of Themyscira's grandest role of of them all, a woman who empowers women. But though this ambassadorship seems like a great girl power motivated activity, many members of the U.N. disagreed.

In fact, when the official induction went down at a ceremony in New York's U.N. headquarters, some members even staged a silent protest. Despite that hiccup, DC Entertainment president, Diane Nelson spoke of planning for the campaign and various initiatives supporting the U.N.’s Sustainable Development Goal No. 5, which surely can only be viewed as all good things. And yet, people just aren't satisfied, even with speeches at the event from Gal Gadot, the current "Wonder Woman" and Lynda Carter, who played the original Wonder Woman on television.

Because we apparently can't have nice things, some members of the U.N., nearly 45,000 signatures on a petition worth of members to be exact, have contested this honor and now, Wonder Woman's been kicked out of the U.N, her tiara rattling on the ground behind her. In bold letters the petition bemoans Wonder Woman's “overtly sexualized image,” which they consider “not culturally encompassing or sensitive.” Yeah, yeah, whatever haters. A women's sexuality isn't something to be criminalized and that specific woman's lasso is the dopest.

Wonder Woman was created by psychologists and married couple William Moulton Marston and Elizabeth Holloway Marston in collaboration with artist H. G. Peter 75 years ago, and ever since has stood out as one of the good guys who also happens to be a girl. She might get tied up a lot more then is really necessary, but at the same time her ability to keep up with the Justice League is serious girl power goals.

In light of the news a representative from DC Comics, Courtney Simmons, reminded fans that Wonder Woman doesn't need the U.N. to do her thing, saying: "Wonder Woman stands for peace, justice and equality, and for 75 years she has been a motivating force for many and will continue to be long after the conclusion of her U.N. Honorary Ambassadorship."

But still, two can play at the petition game, and a new petition is going around to put the superhero back in the saddle again. Regardless of her outfit, Wonder Woman represents female empowerment, and I'm all for her reinstatement, STAT.