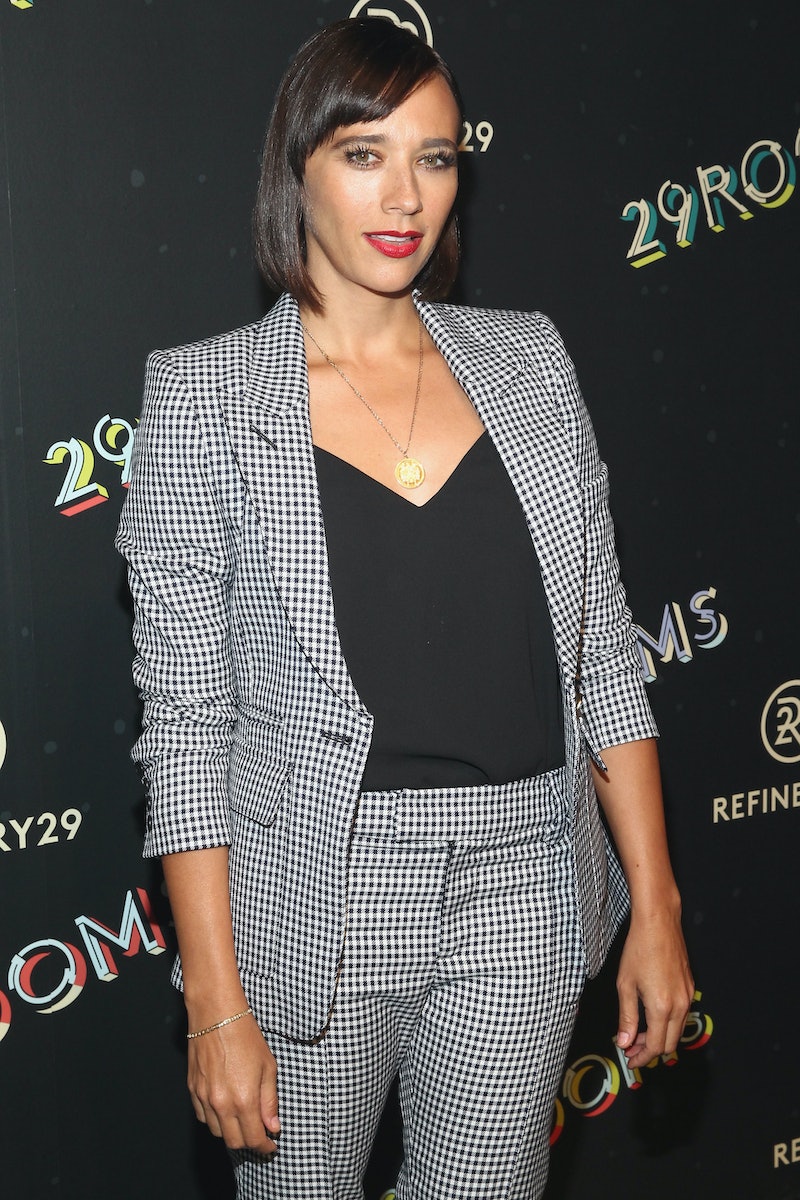 Fans who miss the presence of that beautiful, rule-breaking moth Ann Perkins of Parks and Recreation on their TV screens are in luck, because The Hollywood Reporter broke the news that Rashida Jones is producing a new show that will air on TNT in 2017. So we won't get to see the cunning, pliable, chestnut-haired sunfish in the flesh on the new series, but we'll have the comfort that she's deeply involved. Jones also acts and produces in a TBS series, Angie Tribeca, which was created by actor Steve Carell, but even more Jones is always appreciated. So what is this new ten-episode dramedy, Claws, about?

Claws is a dark comedy series that follows five female manicurists as they work at Nail Artisan of Manatee County in South Florida. But these women aren't just polishing nails and using that weird foot scraper thing manicurists use to get rid of dead skin. The series is a devilishly funny reflection on what THR calls "female badness." In Claws, the manicurists get involved in the boys club that is organized crime. And the manicurists all happen to be played by really awesome actors. Scream Queens actor Niecy Nash stars as Desna Simms, the owner of the salon, while Orange is the New Black's Judy Reyes and Carrie Preston of The Good Wife have also joined the cast.

Jones is co-executive producing with Eliot Laurence, who came up with the premise for the show and also wrote the pilot. The series was originally intended for HBO, so the dark humor is probably going to be near scandalous. TNT's about to get a heck of a lot more exciting, and a thousand times more girl power-y.

This drama joins a bunch of other dramas on TNT including Animal Kingdom, Good Behavior, The Last Ship, Major Crimes, and The Librarians. I have a feeling that magical touch of Rashida Jones will make this one stand out above all the rest. TNT's executive president of programming, Sarah Aubrey, says: "Claws is wild and hilarious, and we can't wait for viewers to immerse themselves in this fascinating world. This is a show with great storytelling featuring empowered female characters and brought to life by a diverse group of incredibly talented individuals both in front of and behind the camera."

More like this
New ITV Drama Maternal Is Lifting The Lid On Life As A Woman In The NHS
By Catharina Cheung
It’s Official: 'The Bachelorette' Is No Longer A Fairy Tale
By Samantha Allen
Beyoncé & Madonna’s “Break My Soul” Remix Honors A Group Of Black Icons
By Stephanie Topacio Long
On 'Industry,' Marisa Abela Takes Control
By Morgan Leigh Davies
Get Even More From Bustle — Sign Up For The Newsletter