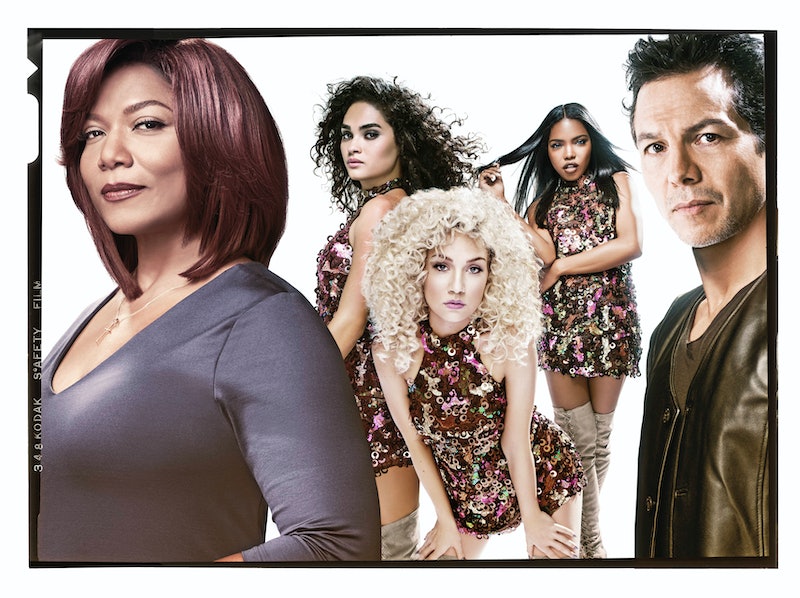 Producer Lee Daniels' new show Star is the kind of risk that only someone with a proven track record could take. A musical drama about an up-and-coming girl group starring three unknown actresses may not sound like an easy recipe for mainstream success, but luckily, Daniels' is no stranger to taking unique, creative visions and bringing them to a large audience. Another advantage he brings is a wealth of famous friends who can be guest stars on Star Season 1 and draw even more viewers to the show.

Daniels has some powerful connections in Hollywood and pulls out all the stops to land major guest stars on Empire. Although he hasn't managed to get an Empire cameo from his pal Oprah yet (despite trying his best), he's had major stars like Mariah Carey, Chris Rock, and Naomi Campbell stop by for cameos and small roles in the first three seasons of his record company epic. While Star is focused on rising stars instead of fallen idols, there is still plenty of room for big names to pop in. Here's a look at some of the confirmed cameos that should get you excited for the debut season of Star.

Lenny Kravitz will play a pivotal role in the first season of Star, guest starring as rock star Roland Crane. It's at Crane's daughter's insistence that he makes a major investment in the girl group (Star, Simone, and daughter Alexandria) and their future as musicians. While Kravitz has put more focus on his acting lately, including a supporting role in the Hunger Games franchise and Lee Daniels' films Precious and The Butler, Star is the perfect opportunity for Kravitz to showcase his acting chops alongside his killer musical skills.

After delivering a strong recurring performance as Camilla Marks-Whiteman in Lee Daniels' Empire, it seems the producer and the supermodel formed a strong working relationship that has her bringing her acting skills to Star in a recurring role as Alexandria's mother Rose. With Kravitz and Campbell playing exes, one can only imagine how strong the chemistry in their scenes will be.

The cameo sure to turn the most heads of the initial batch of guest stars is Knight, The Empress of Soul, who will make an appearance in the first season of Star as herself. It seems that Knight and Daniels also fancy themselves as frequent collaborators, as Knight made an appearance on Empire before popping up on Star.

While only a few guest stars have been announced to join the show alongside series regulars Queen Latifah and Benjamin Bratt, there's the potential for many future guest stars. Or perhaps Daniels will go easy on the guest stars to allow newcomers Jude Demorest, Ryan Destiny, and Brittany O'Grady more time to shine in the spotlight. Either way, there's a lot of star power to look forward to on Star.

More like this
10 Famous People You Forgot Guest-Starred In The Original 'PLL'
By Brad Witter
An Ultimate Guide To The Music Of 'Rap Sh!t'
By Brad Witter
How Lady Gaga & Adele Are Closer To The EGOT All Of A Sudden
By Jake Viswanath
HSMTMTS Season 3 Will Give Olivia Rodrigo’s Nini A “Proper Sendoff”
By Brad Witter
Get Even More From Bustle — Sign Up For The Newsletter