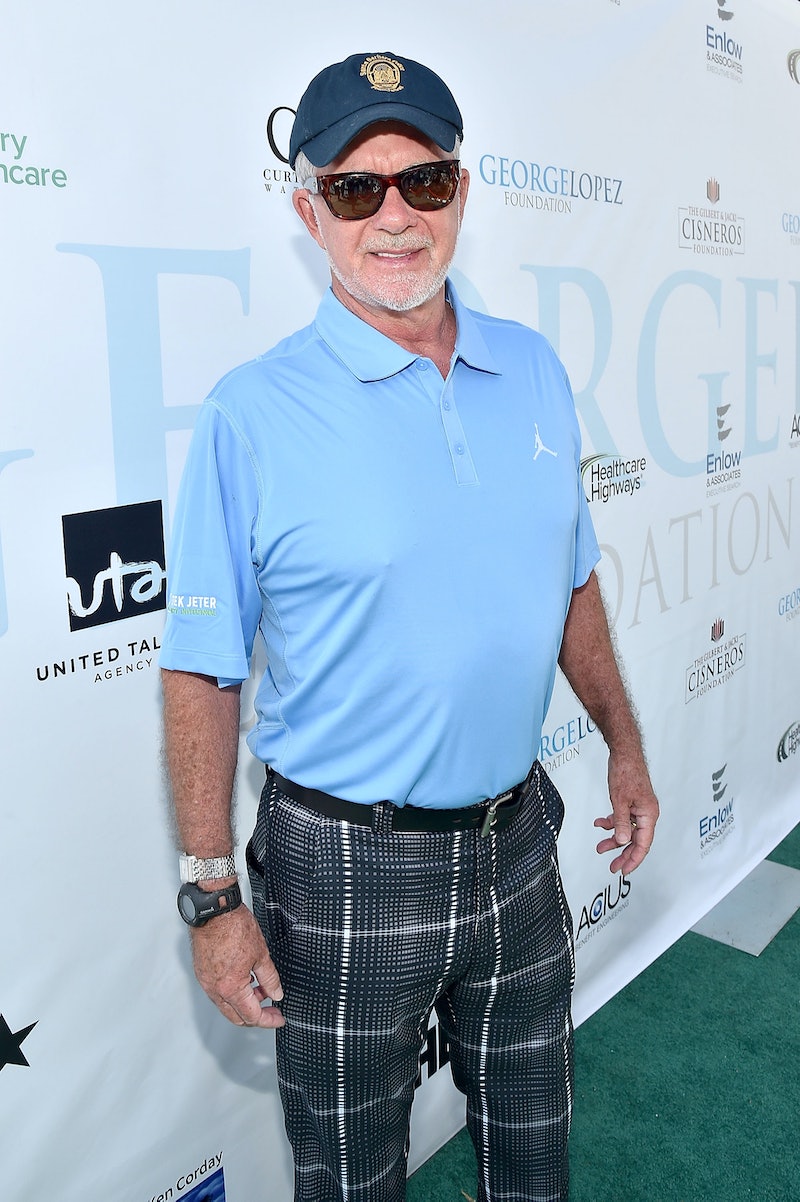 On Tuesday, famous dad Alan Thicke reportedly died of a heart attack at the age of 69. Thicke is probably best known for his role on TV's Growing Pains, where he played the father of a Long Island, New York, family — and for his real life role as the father to one famous Robin Thicke. In truth, Thicke has three sons, including Robin, who survive him after his tragic death.

According to TMZ, Thicke was transported to a California hospital after suffering a heat attack while playing ice hockey with his youngest son, 19-year-old Carter. Carter is Thicke's son from his second marriage, to Miss World 1990 Gina Tolleson. Thicke's two other sons — Robin and his older brother, Brennan — are from Thicke's first marriage, to Days of Our Lives actress Gloria Loring. Thicke was married a third time to Tanya Callau.

Both Robin and Brennan seemed to follow in their parents' entertainment industry footsteps. Brennan voiced the role of Dennis on the animated TV series Dennis the Menace. According to Heavy, Brennan retired from show business in 1988 — while his father continued to play Dr. Jason Seaver on Growing Pains — and he now runs a legal marijuana dispensary in California.

Meanwhile, Robin seems to have his father to thank, at least in part, for his own success in the music industry. In 1991, a young Robin wrote a song for Growing Pains, spending time on the set with his supportive father. At the time, Robin told Entertainment Tonight, "I'm doing the best I can, and my dad is helping me out a lot right now." Since that time, Robin has gone on to write hit songs such as "Blurred Lines" and to appear on TV shows such as The Voice.

Carter may also be aspiring to a career in the entertainment industry. Currently a student at the University of Southern California, Carter has appeared in the Thicke family's reality TV series, Unusually Thicke, and his Twitter bio identifies him as an actor and writer.

Clearly, Thicke left quite an impression on his sons, who have all ventured into the entertainment industry in their own unique ways. Thicke will be survived by his three sons and his wife. Not to mention, he will be permanently remembered as a relatable father figure thanks to his role on Growing Pains.