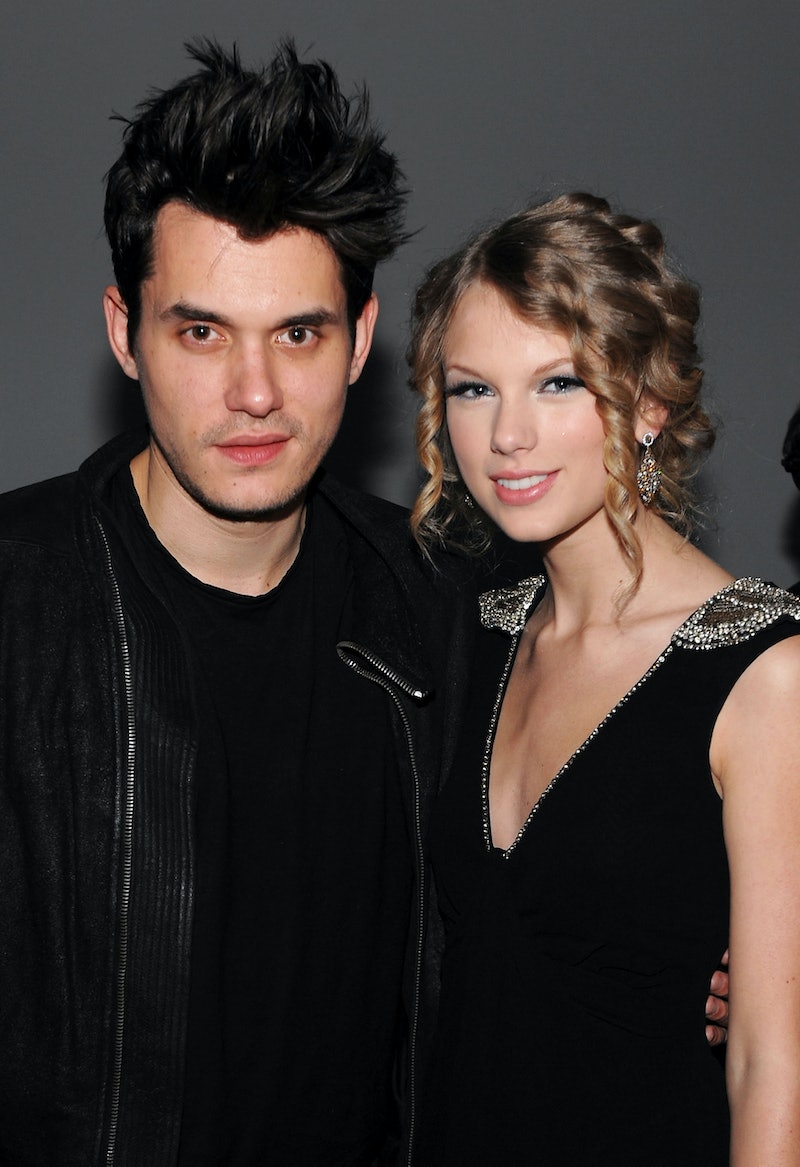 In my life as a Taylor Swift fan, there was no time more dramatic than when it was revealed that she was dating John Mayer... except maybe when they broke up. As unexpected as their relationship was, it did bring us "Dear John," the flawless breakup song from Swift's Speak Now album, and in the time shortly after the album was released, it became pretty clear that Mayer wasn't impressed he was the subject. But now, more than six years later, could all that drama be coming back to haunt us? This week, Mayer reportedly tweeted that he hates December 13 (Swift's birthday), but it seems pretty obvious he wasn't referencing his ex-girlfriend at all. (Bustle has reached out to Mayer's rep for comment on the tweets, but did not receive a response at the time of publication.)

It all started on Tuesday night, when Mayer allegedly tweeted, "Tuesday, December 13 may be the lamest day of the year, conceptually." Generally a harmless statement, but it also happened to be the day that one of his most notorious exes, Swift, turned 27. As E! Online reports, immediately, he received all kinds of backlash about the coincidence from angry Swift fans, so he wasted no time deleting the tweet. If you missed the whole thing, there does happen to be a screenshot of the tweet:

Shortly afterwards, Mayer reportedly tweeted and deleted another message, denying that the first tweet had anything to do with Swift, without actually mentioning her name or anything like that. But apparently, he's still getting hate, because on Wednesday, he posted a screenshot of that tweet himself:

If you find this whole thing bizarre and kind of confusing, you're not alone. At face value, it definitely seems like his tweet could be about Swift, but I'm choosing to believe that it isn't. After all, their breakup happened more than half a decade ago. Like Mayer said, he's 39. He's had other relationships since then, and I doubt he's still bitter about whatever happened between him and Swift. And if he was, that'd be kind of ridiculous. It's time for Swift fans to let it go — me included, because I'll admit that at first, I was ready to jump down his throat.

Besides, Tuesday, Dec. 13 wasn't exactly a wonderful day otherwise. I mean, Kanye West took a meeting with Donald Trump. That alone was enough to make me not a fan of that particular day.

Let's let Mayer off the hook for this one. That tweet seems totally harmless, and I feel bad if he was compelled to delete it and the tweet he reportedly posted defending himself. This year has been rough on all of us, Dec. 13 included. And wherever Swift is, I bet she had a fabulous birthday — seemingly controversial tweets and all.