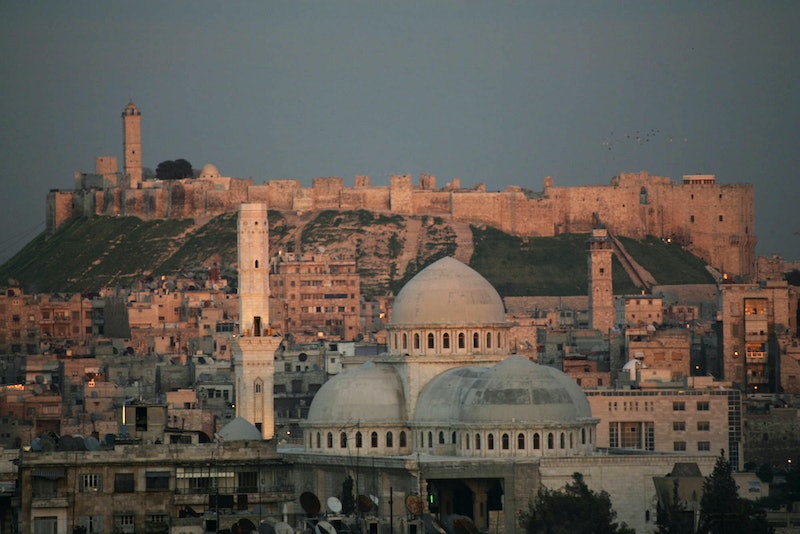 As news of genocide in Aleppo continues to horrify the world, photos of the ravaged city drive home just how much violence and destruction has inflicted the Syrian community. For many, images of grey and tan rubble, dead bodies, and desperate survivors are the only associations they have of Aleppo, one of the oldest cities in the world. But these images do not represent the city that, before the war began, millions of people called home. Before it was a symbol of suffering, Aleppo was a symbol of culture. Photos of the places Aleppo residents lived, worked, and played reveal a city remarkable in its normality and underscore just how extraordinary the violence inflicted upon it has been.

Before the Battle of Aleppo began in 2012, the city was known for, among other things, its many tourist attractions. First settled in 5000 BC, it had no shortage of historical sites including the Aleppo Citadel, the Aleppo Souq, the Old City, and the Great Mosque. Its several art and history museums also attracted hordes of visitors every year. Old TripAdvisor posts offer a glimpse of the joyous vacations many took in the then-thriving city, while red travel alerts at the top of each page remind that these happy memories are more artifacts than they are words of advice for future travelers.

Before snipers descended on Aleppo's winding streets, they were filled with taxis, cars and pedestrians; millions of people on their way to work, school, home or the homes of their friends and families.

Like any other major city, satellite dishes dotted rooftops, apartment and commercial buildings towered over smaller business and homes, and the urban landscape took on a different kind of vibrancy at night.

And while it is absolutely crucial to bear witness to the horrors occurring there now, learning about the Aleppo that was only serves to put those horrors in sharper focus.

Bearing witness to those horrors, too, comes with the risk of desensitization to them, but photos shared of Aleppo before the war may very well serve to counteract that side effect, putting the war into context of normal, everyday lives.

We all have a responsibility to educate ourselves about the genocide in Aleppo, and learning about the city's history beyond the violence is a necessary part of that education. Aleppo is more than a symbol of destruction — for millions, it was home. Learn about how to help survivors in Aleppo here.