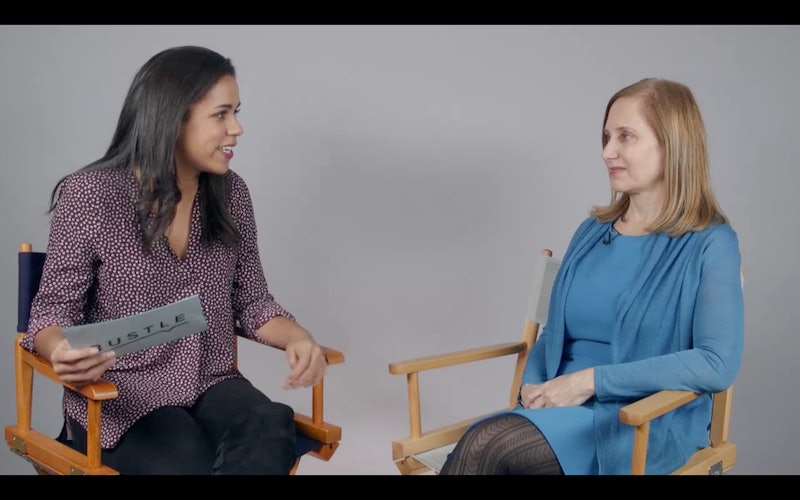 Since Donald Trump began his election campaign, it's been no secret that his reputation among women and minorities isn't positive for a number of justifiable reasons. Now that he is set to be the 45th president of the United States, will the xenophobic and misogynistic sentiments awakened by his rhetoric become normal? New York University historian and professor Ruth Ben-Ghiat spoke with Bustle about what "normalizing" Trump means and why it is dangerous for women in particular.

Ben-Ghiat, whose work focuses on war and fascism, wrote for The Atlantic in August about the similarities between Trump's campaign and Italian dictator Benito Mussolini's rise to power. Early in his campaign, Trump began a process of what Ben-Ghiat calls "testing," in which he used increasingly abrasive rhetoric, including, as she cites, claiming he could shoot someone on 5th Avenue in New York City and not lose any supporters.

"We may have all worked or known people who push the envelope, and the problem with these people, they're bullies," said Ben-Ghiat. "And it's up to us to push back, but the GOP did not push back. In fact, they rewarded him with the nomination."

His winning the nomination may very well have begun the process of "normalizing" Trump, which she claims translates into "get[ing] used to a climate of insults, of hatred, and we see these things as part of our everyday. ... Normalizing is kind of a shift of a political cultural climate that is very dangerous."

Ben-Ghiat went on to claim that racism and misogyny were some of the few constants running throughout his campaign. With his presidency, these sentiments risk becoming accepted aspects of American politics and life in general.

Furthermore, Trump's popularity among white nationalists underscores just how dangerous his presidency may be. "I see his popularity as a way to try and turn back the clock on the inevitable march of demographic change... and female empowerment," Ben-Ghiat told Bustle. She continued to claim that Trump's rhetoric and his use of Twitter could be building up to a dangerous cult of personality — one that could be very hard to break once it takes hold. Despite this, Ben-Ghiat refuses to call Trump a fascist for fear of "throwing that term around" and demeaning its seriousness. Still, there are serious threats normalization poses to both women and minorities.

With all the serious implications of normalizing Trump, Ben-Ghiat did see resistance as still possible, saying, "We have to continue speaking out, being heard, being seen in order to combat the effects of this."