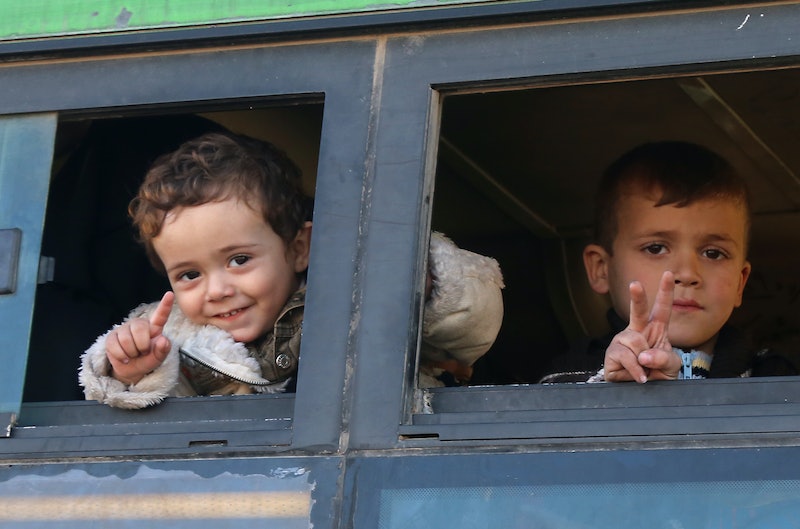 Regardless of your political leanings, 2016 has been full of surprising events, from terrorist attacks to hackings to what appeared to most as a major upset in American politics with Donald Trump's election as president. As December nears its end, now is the time to start thinking about 2017, and with that, ways to give back to the world. There are so many important issues affecting us, so now is the time to brush up on the causes to pay attention to in 2017.

The beginning of a new year is time for reflection, but also a time to set some new goals to accomplish more than ever before. And spending some time and energy supporting a cause that you are passionate about is a great way to overcome any feelings of helplessness and depression left over from the previous year. You may find that dedicating yourself to a certain issue will be helpful and fulfilling as you begin to tackle another year.

There are a lot of worthy causes to engage with, but these overarching themes certainly are all important and could use your resources to contribute to in 2017.

As Trump's administration grows, women in America are more concerned than ever about their right to have control over their own bodies. It doesn't help that more and more states are introducing restrictive legislation meant to eliminate women's choice about when and how to have a child. Thankfully, there are many organization that are standing up to fight against those who seek to limit women. Planned Parenthood provides sexual health services to women, such as cancer screenings, STD testing, and contraceptives. The Center for Reproductive Rights targets legislation to advance reproductive freedom. The organization NARAL Pro-Choice America advocates for education about reproductive rights in America.

As more and more news floods in about the terrible conditions in Aleppo, it's horrible to think about all of the people suffering. Thankfully, there are organizations that are on the ground helping the community that you can support. The Syrian Civil Defense, known as The White Helmets, brings aid to those who need it as a group of civil volunteers. The United States Fund For UNICEF is also helping by providing basic needs like medicine, water, and food to children in the country.

Following the unsettling racial provocations of the 2016 election, where one candidate just could not keep himself from offending minorities, it's important that we stand up for those who face wide discrimination. There are many organizations that work to advance minorities' rights. You can get involved with Showing Up for Racial Justice, which works with white people to show support for minorities and standing up against discrimination. The popular Black Lives Matter group holds marches and organizes protests to make sure white America hears them and sees them in an effort to promote equality.

With several climate change deniers already announced as part of Trump's administration, there's certainly reason to worry about the environment in 2017. Those who believe in global warming need to educate those who do not believe that the science behind it is real. Whether it's a small act like The Weather Channel posting a viral video to dismantle Breitbart's claims that climate change isn't real, or rallies meant to call attention to the cause, there are many things that supporters can do to effect change. With some offices in Alaska, near the melting glaciers that need our help, Earthjustice works to provide legal advocacy against legislation that will do more harm to the Earth.

According to the World Bank, 10.7 percent of people lived on less than $1.90 per day (from 2013, the most recent statistics). While that number is down from 12.4 percent in 2012, there is still work to be done in helping those who cannot afford to provide for themselves and their families. There are plenty of organizations out there committed to helping the poor, but they also need the support of people across the globe to help them thrive. You can give to Feeding America, which works to organize food banks, food pantries, and meal sharing programs across the country. There's also Oxfam, which targets the causes of poverty like inequality, discrimination, and unequal access to resources to find the most effective ways to provide relief.

Even if you cannot give money to these important causes, you can at least spend time learning about the issues and these organizations.