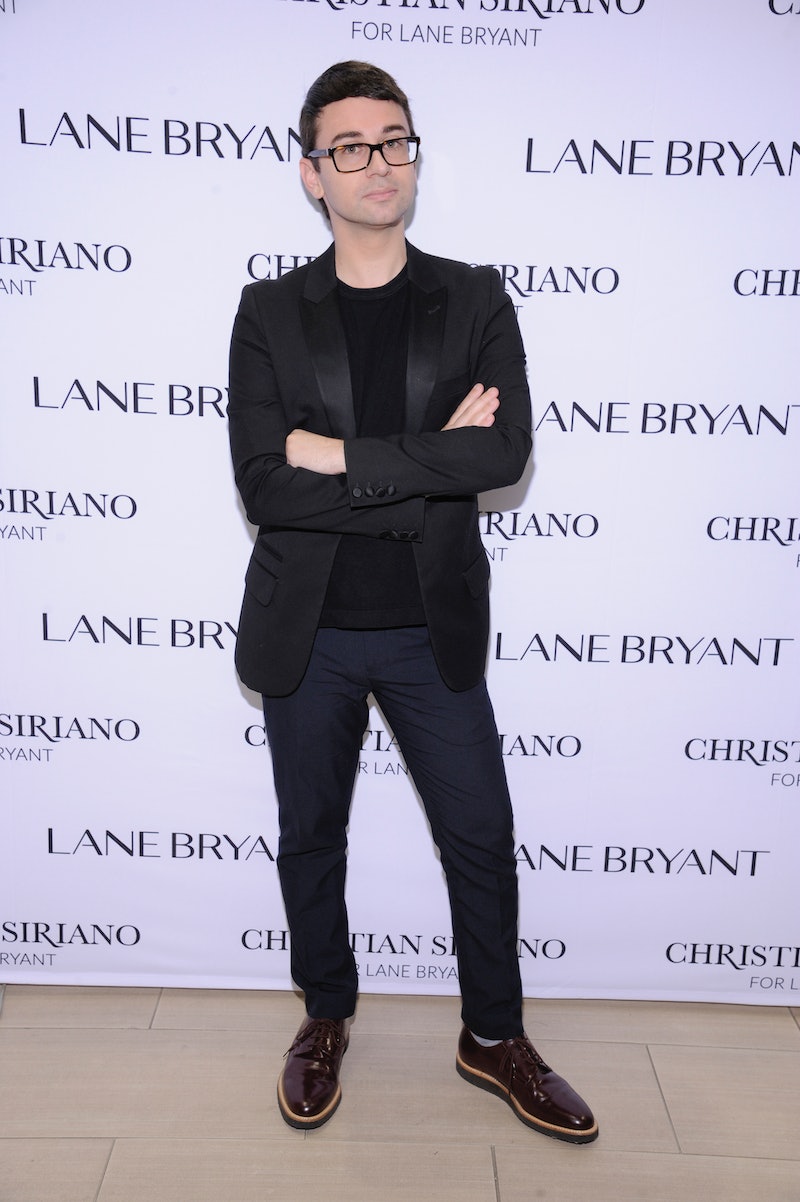 For a fashion designer, getting the chance to dress a First Lady is a big deal. It's arguably more monumental than a premiere or award show, with just as high a level of glitz and glam. For Christian Siriano, dressing First Lady Michelle Obama twice was a dream — but don't expect Siriano to design clothes for Melania Trump anytime soon. As Siriano tells me in an interview about his current holiday collaboration with Hershey's and other planned projects for 2017, "[Melania and I] don’t share the same values and the same things." While the designer's schedule is certainly busy, dressing Trump just isn't something that's on his radar right now. And it's certainly not comparable to dressing Obama.

"Obviously Michelle…is a really a special first lady. She was a fashion risk taker. She wears things that were unconventional. She was a true fashion icon. She’s what every designer would dream to dress. She’s like any actress that shows up to an event and if you think she’s gonna wear a red ball gown, she shows up in pant suit. That’s what you want," Siriano says. "But also Michelle represents a very powerful woman on her own — what she does. Her own charities, her own thing."

Siriano has dressed Trump in the past for events like the 2010 MET Gala, but that won't be the case going forward, according to him — at least not anytime soon, anyway.

"...unfortunately, at this time, what Melania and her world represents, I just don’t think represents… we don’t share the same values and the same things, as a lot of designers, especially a lot of young gay designers [feel]," Siriano says. "It’s very hard to support people that don’t support you, which has only been a thing — I’m not supporting anybody who doesn’t support me, so that’s my biggest thing. So we’ll see how the four years go."

While Melania herself has never gone on record saying anything anti-gay marriage or gay rights, President-elect Trump has flip-flopped on the issue: At a presidential debate in October 2016, he claimed he would appoint Supreme Court judges who would try to overturn the marriage equality — obvious point of concern for those in support of marriage equality and LGBTQA+ rights — but during a 60 Minutes interview the following month Trump said that he's "fine" with gay marriage. Other designers including Marc Jacobs, Sophie Theallet, and Tom Ford have shared Siriano's sentiment, saying they won't dress Melania Trump when she becomes First Lady for a variety of reasons.

Regardless of what the new White House will bring in 2017 and beyond, Siriano will certainly be busy growing his brand within the fashion world. As he finishes out the year with projects like designing a holiday window display for Hershey's and expanding his collection with Lane Bryant, the Project Runway star says his goal is to continue to do what he loves in as natural a way as possible.

And while Siriano acknowledges that he can't dress everyone in the world, his goal is to simply dress as many people as possible and to continue on the size inclusive path that he's been on since the beginning. And he wants to make sure that it all happens as organically as possible.

"It’s never an agenda, [our company is] never out to do something," Siriano says. "We’re just lucky that things fall into place."

More like this
Machine Gun Kelly Wore A $30K Diamond Mani To The BBMAs
By Paris Giles
How To Master Baby Braids, According To TikTok
By Tomi Otekunrin
The Best Looks From Kourtney & Travis’ Wedding
By Dominique Norman
Megan Thee Stallion Just Brought Back 2004's Favorite Handbag
By Dominique Norman
Get Even More From Bustle — Sign Up For The Newsletter