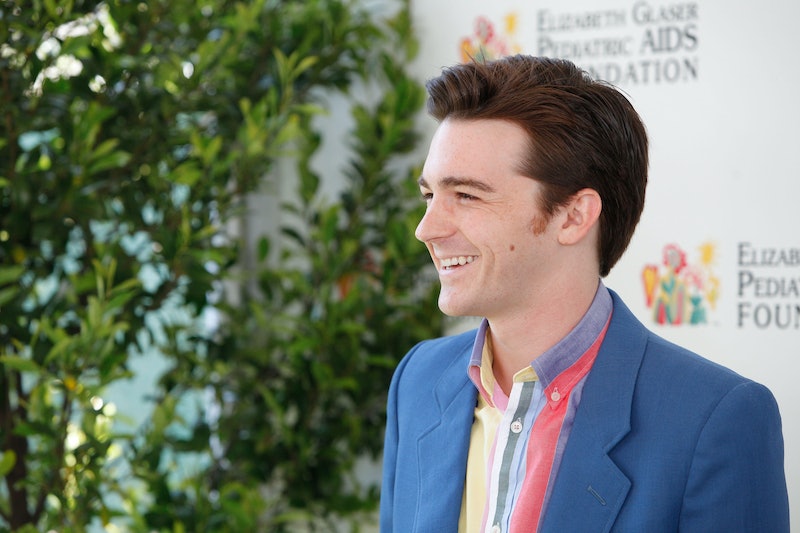 When stars come out of the woodwork to throw shade at other stars, it can be a bit jarring. Sometimes, it's even a bit funny. Though I suppose we should be thankful that Drake Bell hasn't taken to wearing a bag over head proclaiming he's not famous anymore, the fact that his first major headline since he was on Nickelodeon is a rant against Justin Bieber, Lady Gaga, and Ariana Grande maybe he should opt for the paper bag thing. Bell mentioned during his rant that Bieber, Grande and Gaga had uncontrollable fans and now he's taken to Twitter to let the world know that he wasn't directing any of that vitriol toward Grande at all.

Coincidence? I think not. Bell himself said:

Justin Bieber just tweets, ‘Yeah, Beliebers, go hard' when they're attacking somebody. Ariana Grande's fans told Perez Hilton that he and his son needed to die and get cancer, and she just fed it. It's disgusting.

The real question here being that if you know that someone's fans can get kind of crazy and protective, why on earth would you provoke them by going after that celebrity? Bell didn't give any particular reason for why he was retracting his statement, but it would be a genuine surprise if fear of 14.3 million angry Arianators didn't have something to do with it. Then again, Bell and Grande do go way back. They both worked for Nickelodeon, after all, though their respective shows weren't really airing at the same time. Before he tweeted a retraction, he made sure to post pictures of the two of them together behind the scenes, as if to say, "See? SEE? Friends."

Fear of retribution from angry fans doesn't explain why he's in no apparent rush to take back what he said about Lady Gaga or Justin Bieber, though. Bieber might deserve the commentary considering he just got told off by an irate father for trashing a Wal-Mart, but Lady Gaga hasn't done anything but be Lady Gaga. Since when is that a crime?

Of course, it could be the pure and simple fact that Bell just loves Ariana Grande as much as the rest of us do. He could have been having an off day when he brought her up and didn't mean for his comments to get blown out of proportion. Yeah, that's totally it. I mean, look how cute they are.

More like this
Tom Cruise Gives His Honest Review Of Lady Gaga’s New Song For 'Top Gun: Maverick'
By Hugh McIntyre
Selena Gomez Reacts To TikTok Users Who Say She Shaded Hailey Bieber
By Grace Wehniainen
Cardi B Explains To David Letterman Why She Uses Her Star Power For Politics
By Jake Viswanath
The Very Best Quotes From Dr. Taylor Swift’s NYU Graduation Speech
By Grace Wehniainen
Get Even More From Bustle — Sign Up For The Newsletter