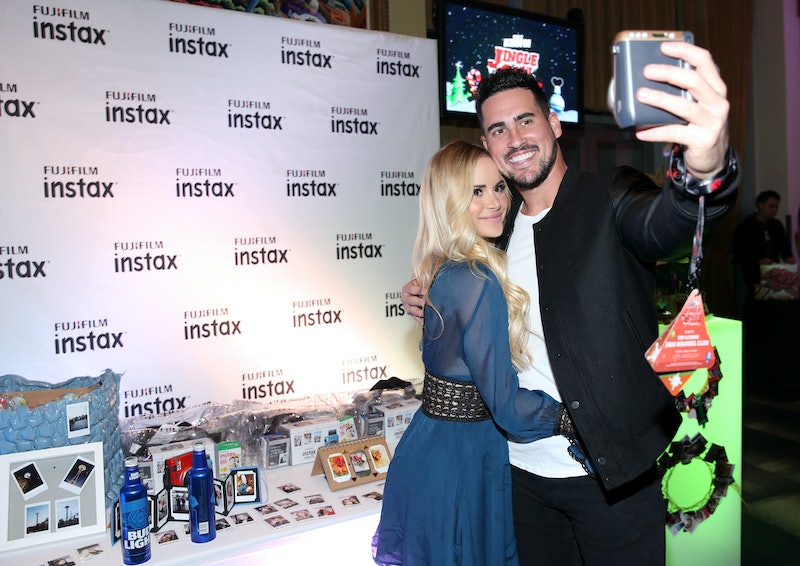 On Bachelor in Paradise Season 3, three couples got engaged by the end of the season — and it's starting to look like not all of them will make it to the altar. Recently, Grant Kemp and Lace Morris announced their split, making their matching "Grace" (their couple name) tattoos bittersweet. So are Josh Murray and Amanda Stanton still together since they got engaged on Bachelor in Paradise? The upcoming Bachelor: Countdown to Nick special airs on Jan. 1 and promises an update on seven couples from the franchise, according to Inquisitr. Rumors about the controversial couple's breakup have been circulating, including a source confirming the split to Us Weekly on Saturday, but nothing has been confirmed by Josh or Amanda just yet.

But they have been putting some hints out there on social media, it seems — or fans could just be reading into things. Josh recently posted a photo of him hugging Amanda's daughter Kinsley with the caption, "I will always love this precious little angel [heart emoji]." Now, that's a sentence that implies he won't be seeing Amanda's daughters often anymore. If anything, it kind of sounds like a goodbye. Josh also tweeted a vague sentence on Dec. 14: "I can see clearly now..." Was he simply quoting the 1972 hit song of the same name by Johnny Nash or was Josh implying something deeper in that tweet?

On Dec. 15, Josh posted a photo from a fun night out with friends, but Amanda was no where to be seen in the picture.

As for Amanda, she tweeted her own vague message on Dec. 17: "Never mistake someone's kindness for weakness." It's an old saying, but a good one — but did Amanda tweet it because it's something she can relate to at the moment? On Dec. 8, she also tweeted a song title and artist, "Say You Won't Let Go - James Arthur" and hashtagged it "#feels." According to the lyrics, the track is a romantic song about a couple growing up and older together. Perhaps the tweet had a deeper meaning to Amanda.

Inquisitr and Us Weekly pointed out that Josh recently changed his Twitter bio to "FL [plane emoji] GA and he removed "California" from it — which he added upon his engagement to Amanda. The last public appearance they made as a couple was at the KIIS FM Jingle Ball in Los Angeles on Dec. 7, from which they both posted photos.

Again, none of these cryptic tweets are outright confirmations about the couple's relationship status, so it sounds like fans may have to wait until The Bachelor: Countdown to Nick special airs in January to get the official update from Josh and Amanda themselves.