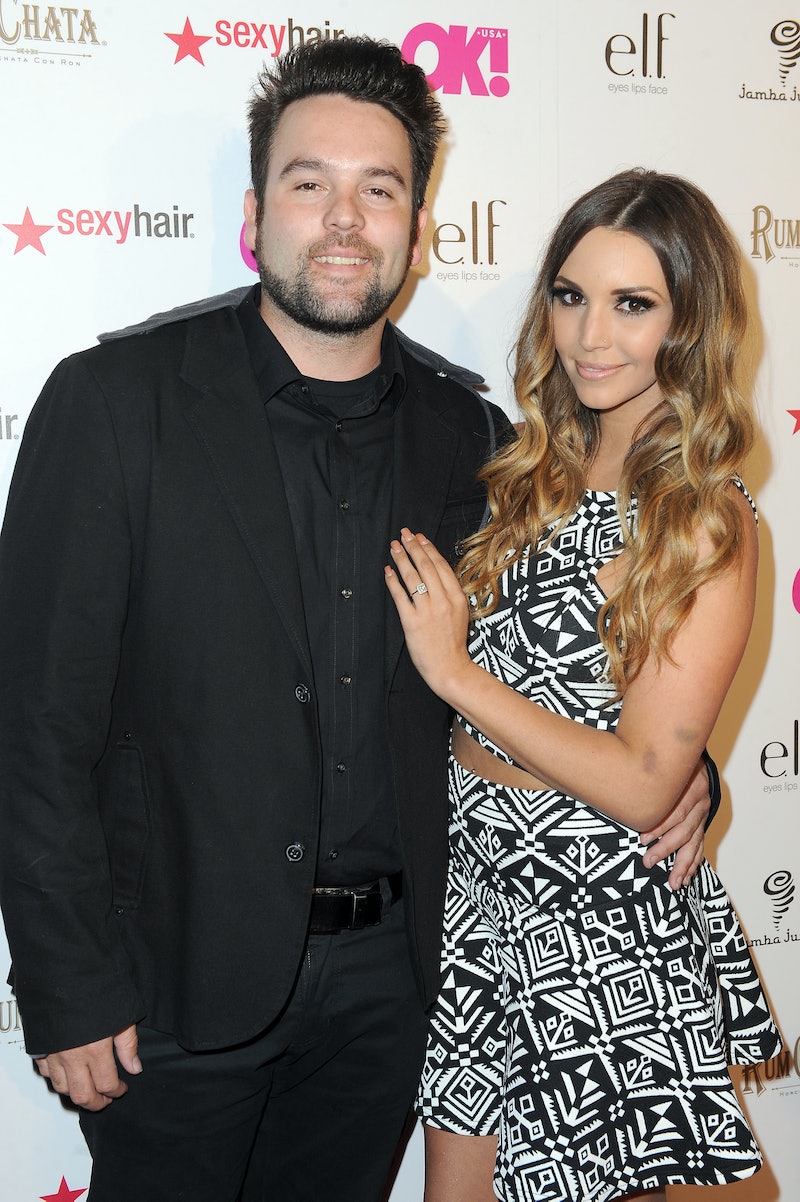 As if 2016 didn’t wreak havoc on the love lives of enough famous couples — Brad and Angelina, Drew and Will, Joshua and Diane, Taylor and Calvin, Taylor and Tom — it just needed to take one more. Yes, that’s right, Bravo fans — Vanderpump Rules stars Scheana Marie and Mike Shay are getting divorced, as they confirmed to Us Weekly in a joint statement. This news was announced fairly recently, just as Season 5 was picking up. But that's just when they announced the news to the public, and it was surely a much longer process for the actual couple. But was any of that process captured on camera? Will Scheana’s divorce be on Vanderpump Rules ?

I certainly hope to see part of it, because I’m actually sort of surprised by Scheana and Shay’s divorce. They’ve known each other since high school and have been together for years. We watched them both plan their over-the-top California wedding (OK, it was mostly Scheana planning a champagne wedding on a beer budget). He wore a tux, she wore a crop top, and they were supposed to live happily ever after. In Season 4, though, Shay’s substance abuse issues started to take over, so much so that he left to stay with his parents for a week and Scheana staged an intervention for her husband that was aired on the show.

They were back on track after that and there didn't seem to be much drama, until Nov. 4, 2016, when TMZ reported that Shay didn’t return home after band practice and Scheana couldn't reach him. However, Shay posted an Instagram refuting that report and saying that he was sober and never missing. Things quieted down again, but then they announced their divorce on Nov. 30.

It's been quite a roller coaster and Radar Online reported that according to an insider source, “this will all be playing out this upcoming season,” and a rep for Scheana also told the website, “We’re not commenting on her personal life at this time, but it will play out on the upcoming season.”

Then, when Scheana’s pal and former SURver Kristen Doute went on Maria Menounos’ SiriusXM radio show, and she said that Scheana’s breakup would indeed be a part of Season 5. “Obviously there are other things that will come out on this season that were reasons as to why [they broke up]," Kristen said. “She definitely has some other reasons and things that have happened between the two of them.”

That’s cryptic, Kristen, but I don’t think it’s unexpected that Scheana’s divorce would be a storyline on the show. When you’re on a reality show, your personal life is public, and considering that I’ve watched all of the other Vanderpump Rules cast members reveal their deepest, darkest secrets on television (Jax still has probably thousands more to tell), Scheana and Shay’s divorce is a drop in the bucket. We've already watched Scheana and Shay plan a wedding and an intervention, so it only makes sense that we'll see this latest development in their lives.

In Scheana and Shay’s Us Weekly statement, they said, “We might have failed at our marriage, but we are committed to succeeding as friends and will continue to support each other's personal happiness and professional success.” I hope we'll get to see some of that on Vanderpump Rules too.