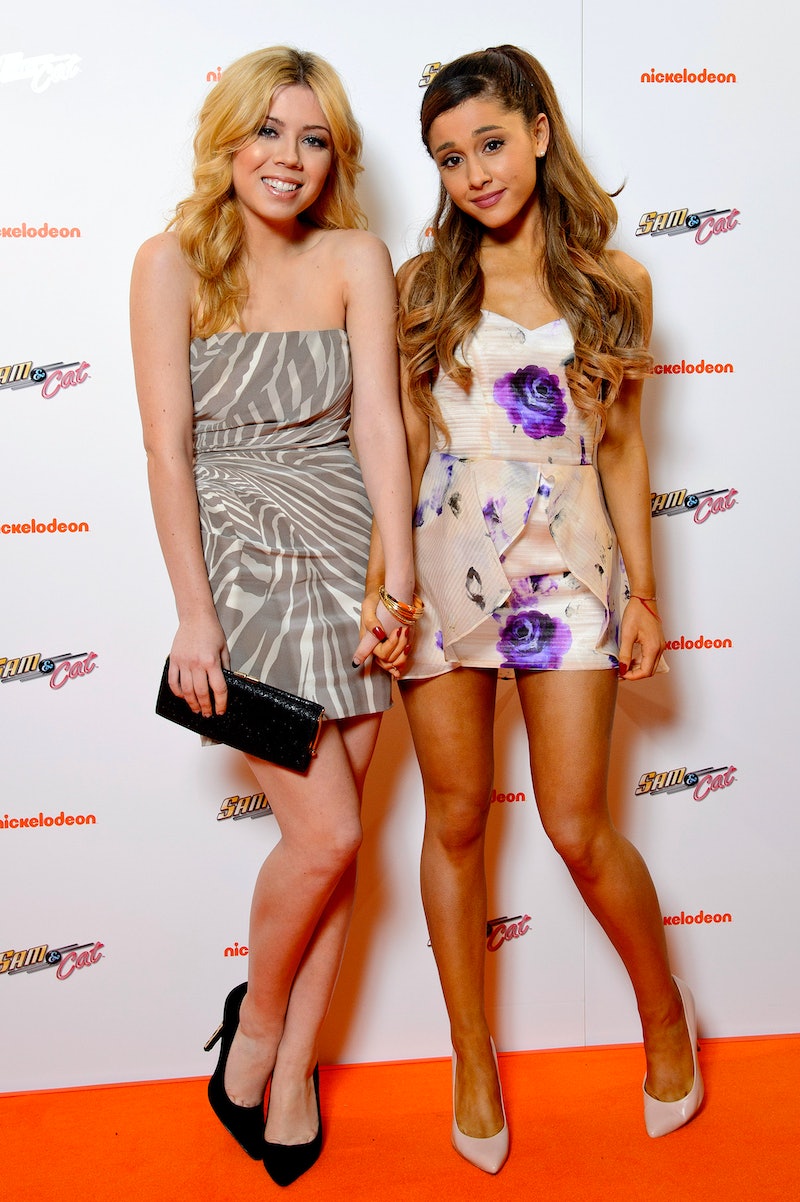 Despite catering toward a slightly older audience with their Teen Nick block of shows, Nickelodeon has always been Disney's squeaky clean sister. While Disney shuffled through nude picture scandals and produced star after star that would eventually end up in rehab, Selena Gomez being the most recent of those, Nickelodeon managed to fly under the radar. At least, until the second season of Sam & Cat was endangered by Jennette McCurdy's sexy picture scandal. Except not really, because it was actually about money. Except not really, because Ariana Grande has taken to Twitter to tell everyone that it was actually about... we still don't know.

Sam & Cat is the most popular show on the network right now because it stars the most popular characters from the two hit shows that came before it: Sam Puckett from iCarly and Cat Valentine from Victorious. On both of the parent shows, Sam and Cat outshone Carly Shay and Tori Vega as the breakout stars and the most scandal Nickelodeon was ever involved in was abruptly canceling Victorious to make way for Sam & Cat. Now season 2 of the show isn't moving forward due to McCurdy's feud with the network and everyone's jumping up to say what the cause isn't.

McCurdy was the first, when she took to Twitter to deny that her leaked lingerie photos had anything to do with it, and now Ariana Grande is speaking up to defend herself from accusations that no one was slinging her way to begin with. She said in a lengthy tweet:

I hate addressing rumors and I hate gossip but this is really bothering me. Jennette and I agreed upfront that we would be treated equally on this show in all regards (as we should be, considering we each work just as hard as the other on this show). The rumors circulating about our contracts and our salary not being equal are absolutely ridiculous and false. I don't know who's putting these idiotic quotes out there but I thought I'd straighten it out and try to end this nonsense. As far as the show goes, I don't know what's happening because I'm not directly involved with the problem but I just wanted to address this one rumor in particular because I am NOT making more money than my costar, nor do I think I should be. So we can all move on and get out of our heads that this was a money thing cause I don't play like that at all. I am, have always been and always will be about equality and fairness.

That's all well and good, but if Nickelodeon hasn't halted production because one of the pictures and if McCurdy hasn't started a fight with them over equal salaries, then what is going on? The feud has to have something to do with the contracts, because there's no other real way to explain all the secrecy. The one thing that Grande and McCurdy's tweets seem to have in common is that Grande isn't directly involved in the feud at all. Which leaves us with the same amount of insight that we had before: none.

More like this
Pete Davidson Mentioned Kanye West & Ariana Grande In His Last 'SNL' Sketch
By Grace Wehniainen
Sandra Bullock, Girlboss Extraordinaire
By Matt Harkins & Viviana Olen
This 'Anatomy Of A Scandal' Star Has Joined The 'Bridgerton' Family
By Sam Ramsden
How The City Healed Five Years On From The Manchester Arena Attack
By Ella Glover
Get Even More From Bustle — Sign Up For The Newsletter