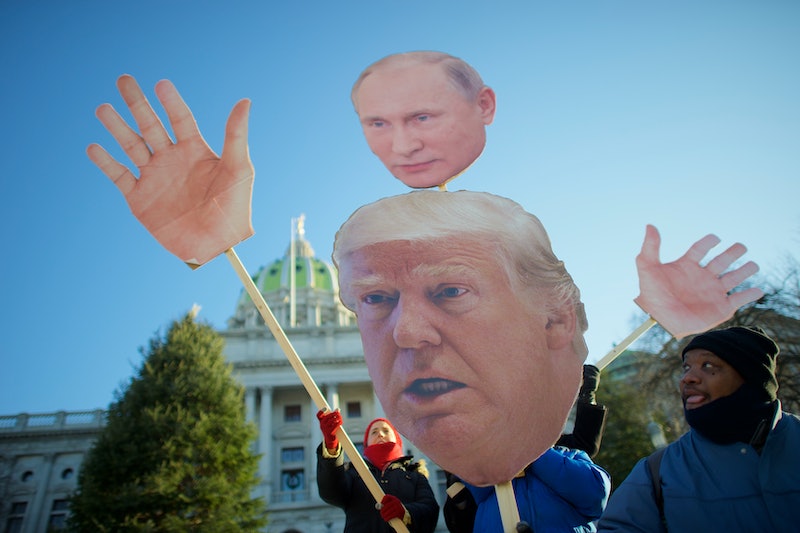 In the weeks since election day, multitudes of Americans have been emailing GOP electoral college members encouraging them to flip their votes from president-elect Donald Trump to Hillary Clinton. And despite the deluge of messages, some electors have been taking the time to respond to those who reach out to them. People have been taking to Twitter to share electors' responses, and, unsurprisingly, things got heated. Messages from electors range from civil to hateful, and, as some electors report having received thousands of emails, most seem to be form letters sent en masse.

While at least one Republican elector has pledged to switch his vote of his own accord, there's not much hope that a significant number of his 305 fellow GOP electors will do the same. The true impact of folks taking the time to reach out to electors, though, cannot be measured until after the electors cast their ballots and decide, once and for all, who will be the 45th president of the United States. Still, these responses from electors are some of our only glimpses into the personalities and values of a group of people that are so important to our nation's democracy yet largely unknown by the American people.

While this elector feels they will be fine no matter what, many members of marginalized groups are living in fear of what a Trump presidency will bring. And considering Trump's past support of banning Muslims from the U.S., overturning Roe v. Wade, and instituting "stop and frisk" nationwide, there is good reason for concern.

As if this elector's first response template wasn't condescending enough, they decided to add a useless baseball analogy to really drive the patronizing attitude home.

My guess is there's not much legal action the Texas Federation of Republican Women can take against someone who sent a polite email to an elector, but it won't keep this one from trying.

The "More Anti-Clinton Than Pro-Trump" Responses

If only these electors hated misogyny, xenophobia, racism, and bigotry in general as much as they hate Clinton.

There's no proof that this email came directly from an elector, but it did come in response to an email to an elector, one that most likely did not justify such a violent and hateful reply.

Let's hope this person will be deer hunting through Tuesday.