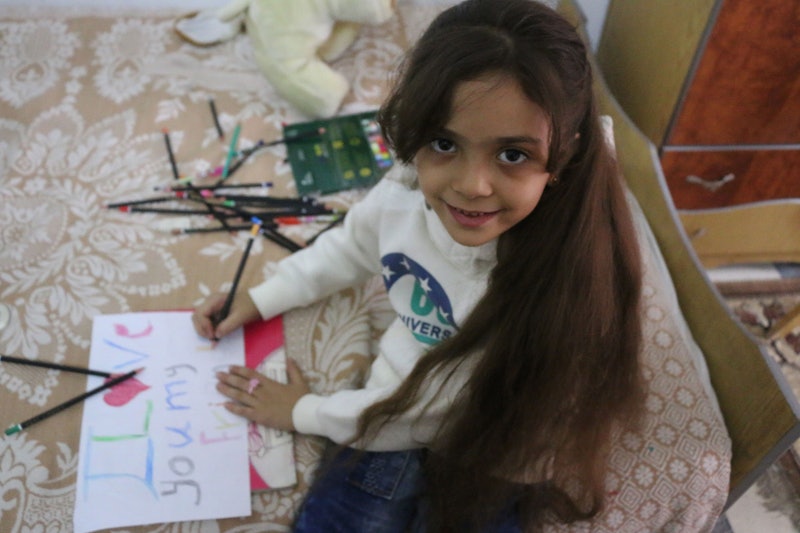 The situation in Aleppo is still terrifying, but out of the horror has come one piece of wonderful news: Bana al-Abed has been evacuated! The 7-year-old girl and her mother have been keeping the world up to date with what's happening in the besieged city through their Twitter account — often writing what they feared might be their last words. Both mother and daughter have now been safely evacuated along with thousands of other civilians.

Bana's Twitter account previously caught the attention of J.K. Rowling, after Bana's mother reached out to say that reading Harry Potter could help Bana forget the terrible war being waged around her. Getting books into the occupied area where Bana and her family live would be almost impossible — but Rowling and her agent Neil Blair came up with a scheme: sending Harry Potter e-books to Aleppo. The plan worked, giving Bana a wonderful world to escape into when her own world became too frightening.

But sadly, the wizarding world couldn't protect Bana's family for long, and their pleas for help continued to get even more desperate. At last, help arrived on Monday morning — and the young girl was rescued from the war-torn city that she once called home.

Bana's honest chronicles have earned her repeated comparisons to Anne Frank — and I am beyond glad not to see another innocent young girl meet the same terrible fate. But while Bana is safe, many children have already tragically died due to the conflict — and there are many more still in danger. There are several ways you can help the children of Aleppo — from donating money to speaking to your Congressperson — so let's work together to help other children like Bana reach the safety they deserve.