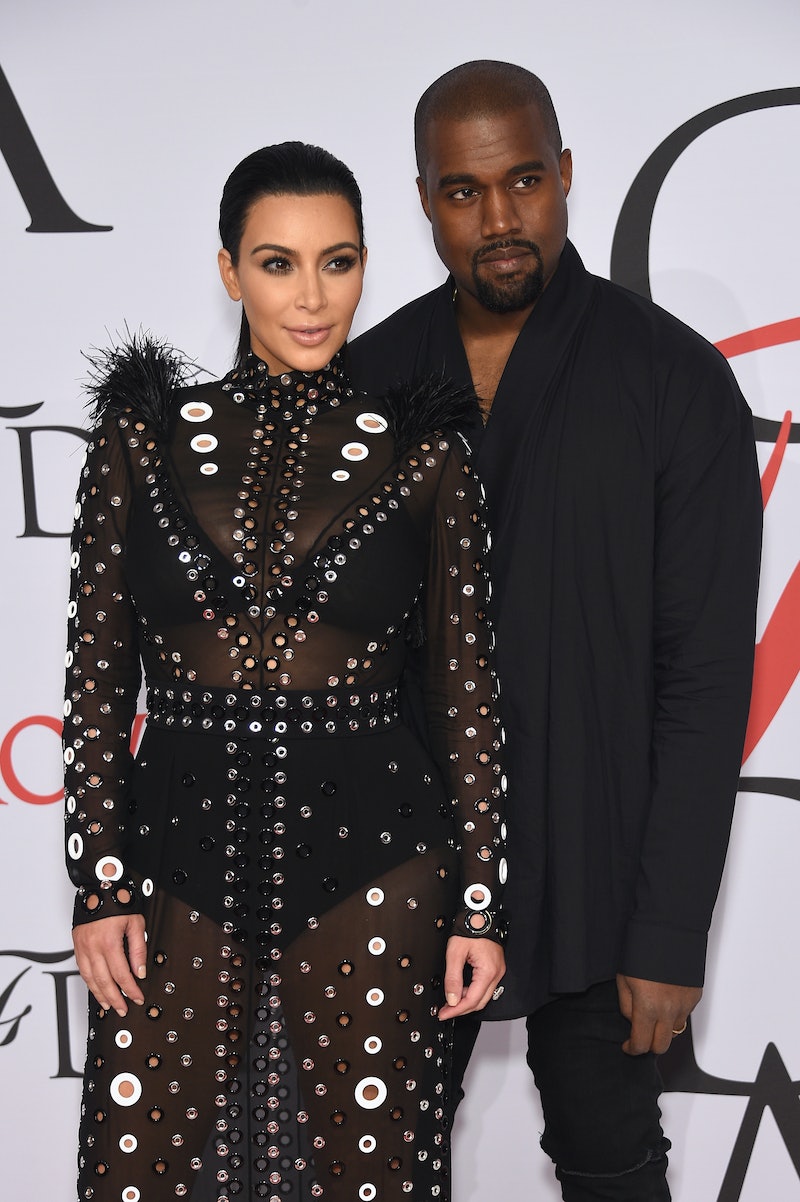 Well, here is some good news involving Kimye. On Monday, TMZ shared photos of Kim Kardashian and Kanye West's first appearance as a couple since October, the month Kardashian was robbed at gunpoint in Paris, France. On Sunday night, TMZ reported West and Kardashian were spotted having dinner at Giorgio Baldi in Santa Monica, California. Normally, a photo of the famous couple wouldn't be such a huge deal, but seeing as the Keeping Up With the Kardashians star has been avoiding the spotlight since her robbery, it's definitely something to talk about.

According to TMZ, "Giorgio Baldi is a hot spot with paparazzi," so one might say Kardashian is no longer purposely trying to stay out of the limelight. Granted, she may not be open as she once was to the public (she has yet to return to social media), but the fact that she went out to eat where photogs reportedly hang out seemingly shows the reality star may be ready to once again take the world by storm.

The same can be said for West, who has also been going through a rough time ever since he was hospitalized for exhaustion. Based on the following photos, he appears to be in good spirits. Plus, there were all those rumors about Kimye divorcing. Not only did her best friend Jonathan Cheban slam the reports, but it seems like these pictures are doing that, as well. Would they really be going out to eat, enjoying one another's company, and smiling if they were splitting? Their outing could also be a way for them to say, "Hey, we're happily married."

Whatever the case, it's good to see West and Kardashian out and about again. Not to mention, if you scroll through the 83 photos TMZ obtained (yes, 83 photos), you'll see there are plenty of them smiling. It's been a long time since fans have seen that.

I mean, just look at that smile from Kardashian. Many fans have probably been worried about her since her horrific ordeal in France and it seems like they can now relax. That smile says it all. Obviously, Kardashian is most likely still dealing with a lot, but it's good to know she appears to be better. And just because, here is another photo of her looking extremely fierce.

Kimye sure seems to be doing well and it's nice to see it after all this time.