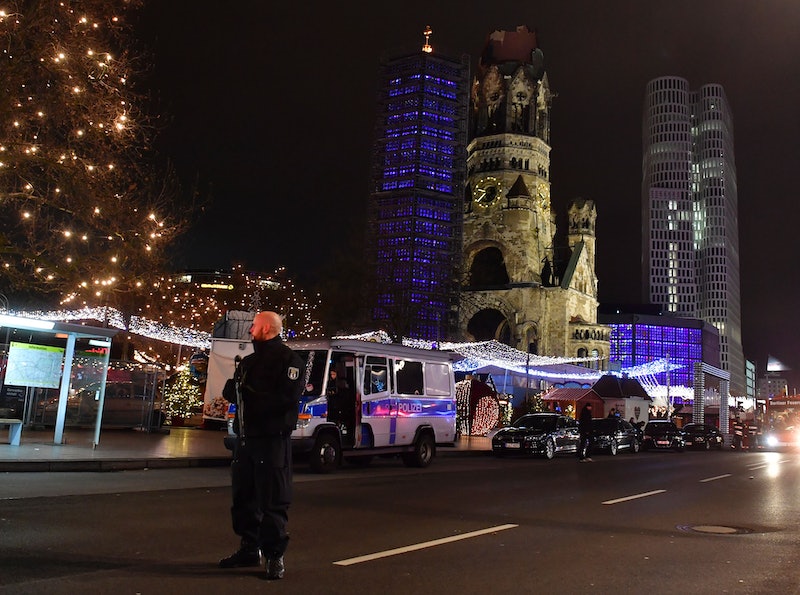 Following the terrible and deadly truck crash at a Berlin Christmas market on Dec. 19, the desire to know the whereabouts of loved ones living or traveling in Berlin reached a fever pitch. As with other public catastrophes, Facebook activated a "safety check" in Berlin so people in the German metropolis can let their friends and families know that they're safe.

German police announced on Twitter that Facebook had activated the safety check, and urged people in Berlin to check in and mark themselves safe to inform their families of their whereabouts.

Launched a few hours after the truck crash that killed 12 and wounded around 50 in the Breitscheidplatz square in Berlin's city center, the Facebook safety check in Berlin allows users on the ground to mark themselves "safe," and for their families and friends to find more information about them. The tool was used recently following Oakland warehouse fire at a DIY space known as Ghost Ship, where nine died and dozens of others were injured or missing.

The identities of the victims both dead and alive remain unknown, as does the identity of the apprehended person that police claim was the driver of the truck. Police said that the passenger of the truck used in the attack was found dead.

If you or anyone you know has friends or family in Berlin, you can easily find out whether they've marked themselves safe by searching "Berlin safety check" on Facebook, or by checking your notifications to see if your Facebook friends have used the feature.

On a day as deadly and eventful as this one, it's important to know that our loved ones, no matter where they are, are safe and sound.