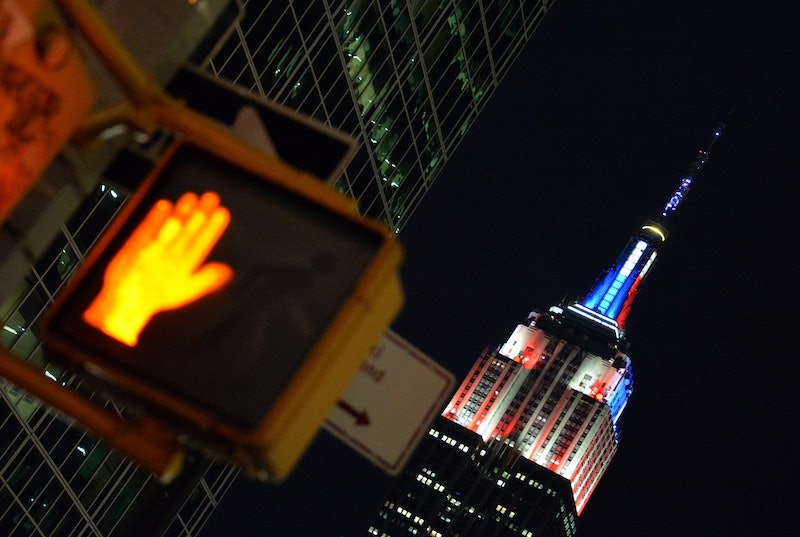 Although the election went to President-elect Donald Trump during Monday's Electoral College votes, at least one small act offered some hope for the future of our country. When the 29 Democratic electors gathered in Albany, New York, on Monday afternoon, they not only voted for Hillary Clinton, they also decided to do something selfless with their compensation for serving as electors. Rather than be paid as members of the Electoral College, New York Democrat electors voted to donate their compensation to New York Immigration Coalition.

Although being a member of the Electoral College isn't really about money, in New York electors are paid $15 per day for their service and 13 cents per mile in transportation costs. But it's a very nice gesture of the electors to send their pay to NYIC instead of pocketing it themselves.

It's especially interesting that they chose the NYIC specifically, which according to its website works to "achieve a fairer and more just society that values the contributions of immigrants and extends the opportunity to all." NYIC encourages immigrants to participate in civic duties and aims to give a voice to the diverse state of New York. They advocate locally and nationally for laws and policies that improve immigrants lives, educates and trains citizens in immigrant laws, and helps with community building.

Basically, donating to the NYIC is the New York Electoral College's way in letting Trump know that immigrants are to be protected and valued in America. After announcing plans to deport 2 to 3 million undocumented immigrants in his presidency, insulting a judge by implying he could not be impartial in his trial due to his Mexican heritage, and calling undocumented immigrants who committed crimes "bad hombres," Trump has made it very clear what he thinks about immigrants.

It's very encouraging that despite a bad situation, New York Democrats were able to do a little good. In the wake of Trump's selection by the Electoral College as the next president, we need every good deed that we can get. It's important to remember in hard times not to give up and to see setbacks as a way to improve and move forward.

The next four years of Trump's presidency (barring an impeachment, that is) will likely see Democrats, as well as Republicans wary of Trump, stepping up in necessary ways to defend our country. Now is the time for us to work together to benefit everyone.