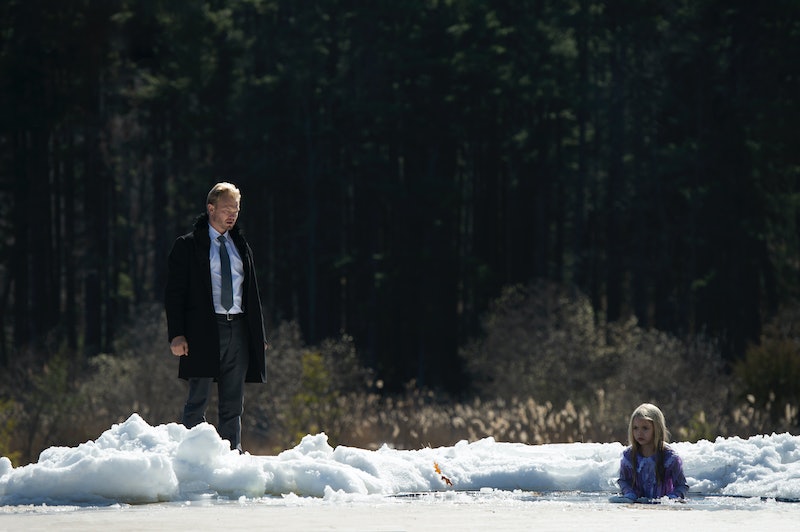 The final scene of The OA points to one mystery surrounding the main character's metaphysical fate, but what actually happened to her in the physical world is still unknown. There are spoilers ahead for The OA, though considering the stakes established in the show — it might not matter. Did Prairie actually die at the end of The OA ? The heroine of the Netflix series sustained what should be a mortal wound, but the ending is unclear.

In the final episode, Prairie is compelled back to the high school in her hometown, where an unseen shooter is holding the cafeteria at gunpoint. Her five followers do the movements, a modern dance that resembles yoga, tai chi, and the haka. While that happens, a staff member tackles the gunman, but one shot escapes his weapon and hits Prairie through the window, square in the chest. She is rushed away in an ambulance. We don't see her die. The next thing that the audience sees is Prairie waking up in an all white room. She whispers "Homer," and the show is over. Did she die, or reach an alternate dimension while alive? Is this what she wanted all along? It makes sense that to reach the other realm, she had to die.

However, I'm going to say Prairie did not die, whatever that means in the universe of the show. We saw her wake up in a light room in the final moment of the season. Either she's seemingly "dead" and in an alternative dimension, or alive and well in the real world. Harry Potter isn't really dead at the end of the Deathly Hallows, only mostly dead, and I don't think Prairie could be called dead either. On the other hand, this is a show about faith, so it probably doesn't matter.

There are clues scattered throughout The OA about the conspiracy surrounding Prairie's disappearance and reappearance, as well as the validity of her tale. However, whether or not she was killed seems potentially simpler. Even if Prairie's stories about Russia and Hap are not real, which I don't think could be the case, we know she has survived a Near Death Experience at least once. In the first episode of The OA, Prairie jumps off a bridge, and seemingly only sustains minor injuries and bruises on her feet. So it's not unreasonable to believe that she survived a gunshot as well. Again, it kind of predicates on your definition of death in this fantasy world, which is basically what The OA is all about.