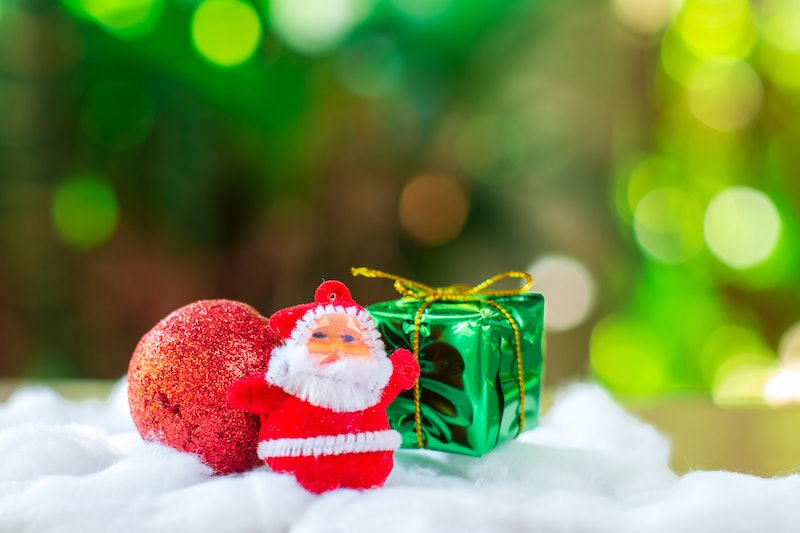 Think about it: An old man in a red, fur-trimmed suit sneaks into your home and leaves presents for children. Like, that is weird, right? Santa Claus is one of those cultural touchstones so embedded in our holiday practice that we rarely ask the question, "Where did the story of Santa Claus come from?"... but maybe we should. After all, knowing where we came from is the only way to see where we're going, isn't it?

According to most sources, Saint Nicholas, born in 280 A.D., was a monk who lived out his life near Myra in Asia Minor (what is now Turkey). When his father died, St. Nicholas inherited a large fortune, which he spent the rest of his life using to help the poor and the sick. One of the best known stories about St. Nicholas was his saving of three poor sisters from prostitution. St. Nicholas reportedly dropped three bags of gold down the chimney in order to anonymously pay for their dowries, thereby "saving" them from entering the oldest profession.

(Spoiler: it was not actually an anonymous donation. And this was also an extremely sex-negative time in history, hence the view that sex work was "bad" and "to be avoided." Little did you know that St. Nick had a history of subtle slut-shaming, eh?)

Regarded as the patron saint of children and sailors, St. Nicholas became one of those most well-known and beloved saints in Europe. His feast day, Dec. 6, was considered a good day for making large purchases.

Throughout the Renaissance era, St. Nicholas remained incredibly popular, especially in Holland. His contemporary name, Santa Claus, is actually derived from the Dutch for Saint Nicholas, "Sint Nikolaas," and their nickname for good ol' Saint Nick, "Sinter Klaas." Sinter Klaas also began to take on a few more mystical elements, inspired by Norse mythology. Like, he could fly. By the 1770s, reports of Dutch families gathering to honor the anniversary of Sint Nikolaas' death began circulating throughout American newspapers.

These events, which still celebrated Sinter Klaas as a gift-giver, were nonetheless rowdy, drunken outdoor affairs that kind of freaked out the staid New Englanders. So, in the early 1800s, poets and artists began working to remake Sinter Klaas' image.

In 1809, Washington Irving's book, Knickerbocker History of New York , portrayed Santa Claus as flying majestically above houses in a wagon, while stockings filled with fruit hung by the fire. Oh, and also bad kids were given switches instead of presents.

In 1821, an anonymous poem entitled "The Children's Friend" took the Sant Claus evolution to the next level. He was secular, dressed in shaggy furs reminiscent of Germanic traditions, and magically brought presents to children. He also traveled in a flying wagon, now pulled by one reindeer.

The big moment in the Santa evolution, though, was the 1822 poem, "A Visit From Saint Nicholas" by Clement Clarke Moore. It's also called "The Night Before Christmas," like, IDK if you've heard of it? Moore's poem went viral (or at least, the 1822 version of viral). People loved the concept. By the 1890s, the Salvation Army had Santas on most street corners; by the early 1900s, Christmas trees were being lit by electric bulbs.

So next week, as you celebrate Christmas, open presents, spend time with your loved ones, perhaps take a moment to remember who Santa truly was: A Turkish bishop saving children from prostitution.