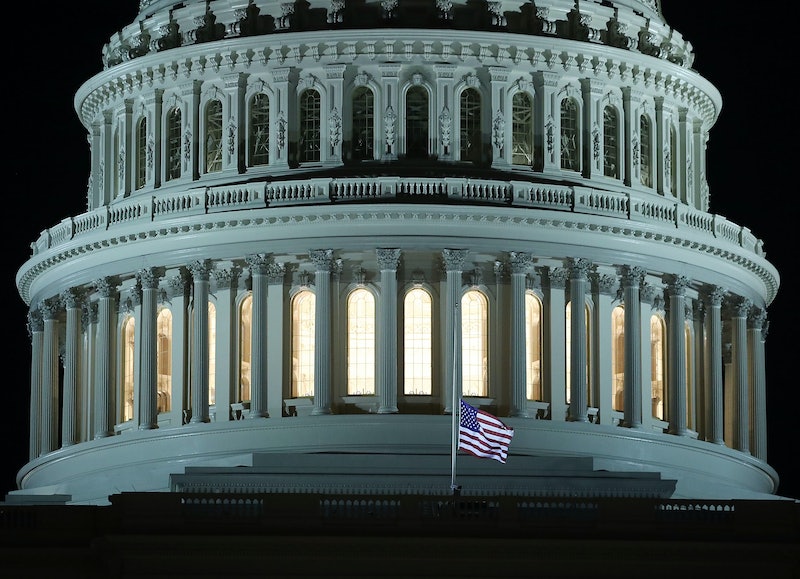 On Monday, 304 of the 306 Electors that Donald Trump won on election night voted for him for president, and 305 of the 306 Electors that Mike Pence won voted for him for Vice President. If anti-Trumpers wildest fantasies had come true and the Electoral College reneged on electing the Trump/Pence ticket, the Constitution has a backup plan: the President is chosen by the House of Representatives, and the Vice President is chosen by the Senate. But when was the last time the Senate picked the Vice President? It’s happened only once in American history, almost two centuries ago, putting to the test the then relatively-new 12th Amendment, and recalls our country’s troubled, racist past.

The Election of 1836 saw a face-off between Andrew Jackson’s Vice President, Martin Van Buren for the Democratic-Republicans, and a whole bevy of opponents from the Whig party, including future (and brief) president William Henry Harrison, Tennessee Sen. Hugh L. White, Massachusetts Sen. Daniel Webster, and North Carolina Sen. Willie P. Magnum. The Whigs’ strategy was to run locally popular candidates in enough regions of the country to pull enough Electoral College votes away from Van Buren and deny him a majority.

The Whigs’ tactics didn’t work. Van Buren won 15 of the 24 states and 170 electoral votes — 22 more than he needed — but the other half of the ticket wasn’t so lucky. Van Buren selected as his running mate Richard Mentor Johnson of Kentucky, a 30-year veteran of Congress and a former Colonel, dubiously credited with killing the Native American Chieftain Tecumseh in 1813.

But Johnson, a slaveowner, had a personal life that many did not approve of: one of his slaves, a woman named Julia Ann Chinn, had essentially become his common law wife, according to his biography from the Miller Center of the University of Virginia. She had two children with Johnson — both given their father’s surname — and ran Johnson’s household much in the same way that a wife would.

There were many who disapproved of Johnson’s actions. In the South, such arrangements were tolerated as long as they were done discreetly; in Washington, however, it was more than frowned up. In fact, it could end a national political career. As a result of these fears, the Virginia delegation cast their 23 Electoral College votes for William Smith, a senator from South Carolina, putting Johnson one vote shy of the requisite 148 Electoral Votes. As per the 12th Amendment — ratified just 33 years earlier — the decision fell to the Senate. Johnson, though, was elected on the first ballot, 33 votes to 16.

Though the country has faced graver electoral crises — the Election of 1876 was a pretty bad one, and the 2000 Election wasn’t great either — 1836 marks the only time that the Senate has had to choose the Vice President.