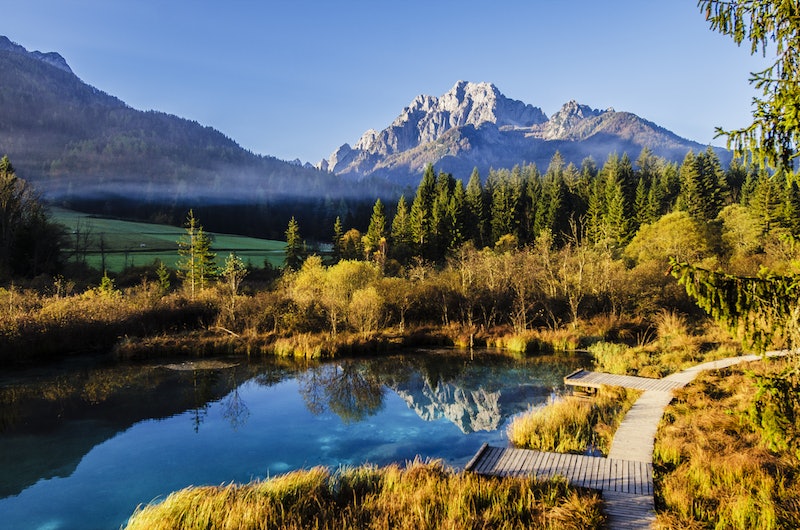 Last month, New Yorkers were pounding rose on the brunch patio like it was May, not the middle of February and there was no snow on the ground in Wisconsin. After years of drought, intense storms are threatening Northern California cities, with rivers overflowing and dams on the verge of collapse. All of which is to say, climate change is getting harder and harder to deny.

And yet, President Trump has repeatedly expressed incredulity regarding the idea of climate change, repeatedly referring to it as a hoax and at one point claiming that it was a conspiracy developed by China to further that country's manufacturing interests. The newly sworn in head of the EPA, Scott Pruitt, has sued the organization he now runs fourteen times and said last week that carbon dioxide was not a major cause of global warming, despite years of scientific evidence proving that it is. At the very time that the earth needs governments to step up climate change precautions, the U.S. powers that be are instead fighting on behalf of big oil, one of the largest culprits of rising co2 levels in the atmosphere.

In the coming weeks and months, there will be numerous decisions made that will decide the fate of the environment, which is inextricably tied to the fate of our generation. Here's how to make your voice heard on these decisions, and get involved with how the government approaches the climate in this time of peril.

Though the new administration is less than three months old, it is already working to roll back environmental protections put in place by the Obama administration. On February 3rd, the House of Representatives passed HJ Res 36, in order to kill a recent climate protection rule, the Methane and Waste Prevention Rule. The goal of the rule was to begin cutting methane emissions, but now that it has been scrapped, oil and gas companies can continue to burn methane with relatively few restrictions. Call your senators and representatives and tell them you support the Obama era environmental protections that have not yet been rolled back.

Every branch of government is now in Republican control. As the branches work to deregulate oil and gas companies, they have not shown any progress or shared any plans to stop climate change. We need to stop letting elected officials get away with this silence on one of the most important issues facing the world today. The best way to fight this silence is to ask GOP representatives this simple question: "What is your climate plan?"

Call your senators, call your representatives, attend town hall meetings, and continue to ask the same basic question. Say that you as a citizen demand an answer from the government as to what they are doing to counter this global threat and save the planet. If enough people continue to ask, they will have no choice but to respond.

One way in which we can continue to move toward climate progress is to turn to the states. States have the power to invest in renewables on their own, and it can be easier to contact and communicate with local government officials than federal ones. California is a leader in state level environmental regulation, with emission rules for cars that are licensed by the state. Other state and local governments could follow suit. Additionally, states' governors on both sides of the aisle have joined the Governor's Wind and Solar Energy Coalition, a group that works to develop coal and oil alternatives that the states can invest in for an environmentally sound future.

In large part, the Republican party's resistance to climate action comes from its interest in the financial stability of big oil. With the divestment movement, environmental activists are working to destabilize big oil by pressuring companies, universities, and individuals to divest their funds from oil companies. Find out if your alma mater invests in big oil, and call and tell them that you will withhold donations until they divest. If your bank is an investor in big oil, open an account at a smaller credit union that doesn't have oil ties.

Since the Women's March on Washington on January 21st, protests and marches have not stopped across the country. We need to keep this momentum going, and direct as much of our energy as we can into protesting on behalf of the climate. April will be a big month for climate marches: on April 22nd, the March for Science will take place on Washington, with likely sister protests around the country. A week later, on April 29th, the People's Climate March will return with marches all over the country and the goal of starting a nationwide resistance movement.

The newly sworn in head of the EPA, Scott Pruitt, has already stated that he wants to withdraw both the Clean Power Plan and the Waters of the United States Rule. Though some think that Pruitt's tenure at the EPA will simply be a stall in progress rather than a move backward, even a stall is extremely threatening to the future of the environment. If co2 levels continue to rise at the current rates for the next four years, future temperatures will soar above 2 degrees Celsius; the limit of keeping the earth's climate equilibrium. We must work to communicate with our elected officials that we demand they fight Pruitt's harmful intentions for the EPA.

In the coming months, we must pay attention to the moves that Trump's administration is making to halt or reverse progressive climate action. It's only through keeping informed that we'll be able to have our voices heard and attempt to stop harmful action against our planet.