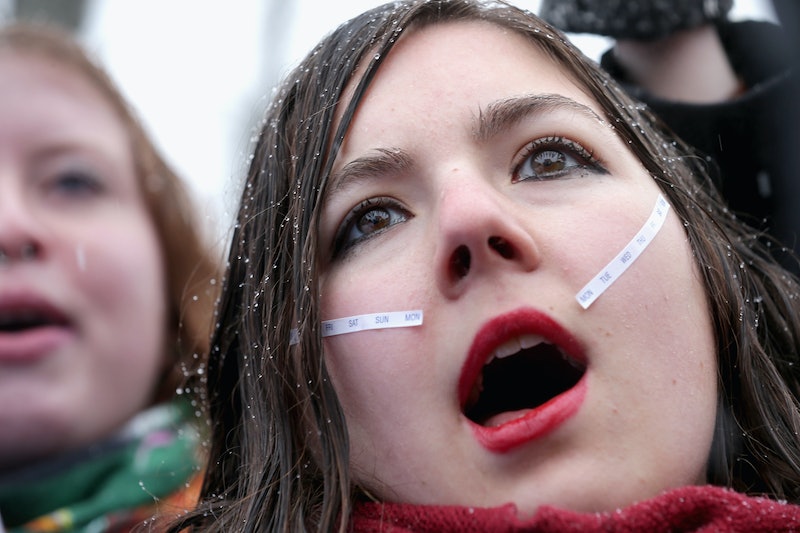 Increasing research has shown that Special K might be the next major breakthrough when it comes to treating mental illness. No, not the cereal — it's the hallucinogenic drug Ketamine that could be useful in treating depression, a new study has found.

The study, conducted at Oxford University in the U.K., tested 28 patients with treatment-resistant depression. They were given ketamine injections once or twice a week for three weeks and — though a proportion of patients felt the same or worse after a day or two — almost 30 percent felt an improvement in their depression which lasted several weeks. Roughly 15 percent didn't relapse for over 2 months.

"Ketamine is a promising new antidepressant which works in a different way to existing antidepressants," says principal researcher Dr Rupert McShane."We've seen remarkable changes in people who've had severe depression for many years that no other treatment has touched. It's very moving to witness. Patients often comment that that the flow of their thinking seems suddenly freer. For some, even a brief experience of response helps them to realise that they can get better and this gives hope."

As promising as these results sound, there's also something vaguely frightening about the thought of intravenous Ketamine. A general anesthetic mostly used by veterinarians on cats, the drug is also a hardcore 90's hallucinogenic known as "Special K" or "K." Although it's making a comeback as a snortable party-drug, it's also known to cause the "K-hole": a dark pit of out-of-body paralysis. Have you ever been on K? (No, er, neither have we.) But someone at Gawker has!

If I remember correctly (and it's been more than a decade since I've done K) it sort of makes you feel like when you wake up in the morning and you can't tell whether you're asleep and dreaming or awake. It's a perpetual sense of not feeling like yourself, feeling completely like yourself, knowing what's going on around you, and having no clue how fantasy has invaded your reality all at the same time. Back in the day it was big in the rave culture where you would take it usually with ecstasy or LSD to heighten the trip on either. Since both of those drugs gave you plenty of energy, as it were, it kept the K's tranquilizing effects in check and you would wander around in a revery, watching the glow sticks whoosh and looking for any fellow raver with a furry vest for you to rub yourself up against and collapse in a pile in some dank corner of a warehouse next to rat turds and some girls puked-up magic mushrooms.

But he also warns of the dreaded K-hole: "If you took too much K or took it all alone, you would crash into this state where it was almost impossible to snap out of whatever scenario was running in your head and bodily movement was next to impossible."

Surprisingly, this new research actually isn't the first to link ketamine with treating mental illness. Just last year, a New York study found that 64 percent of those treated with ketamine reported feeling better within only 24 hours. In 2012, Yale University researchers found that injection of the drug appeared to "produce rapid antidepressant responses in patients who are resistant to typical antidepressants."

The findings of the new study are limited, though. Not only were only 28 patients tested, there were reported incidents of suicidal behavior, and some felt the need to stop the treatment entirely. Still, between K and acid, at least researchers are thinking outside the box when it comes to mental illness.