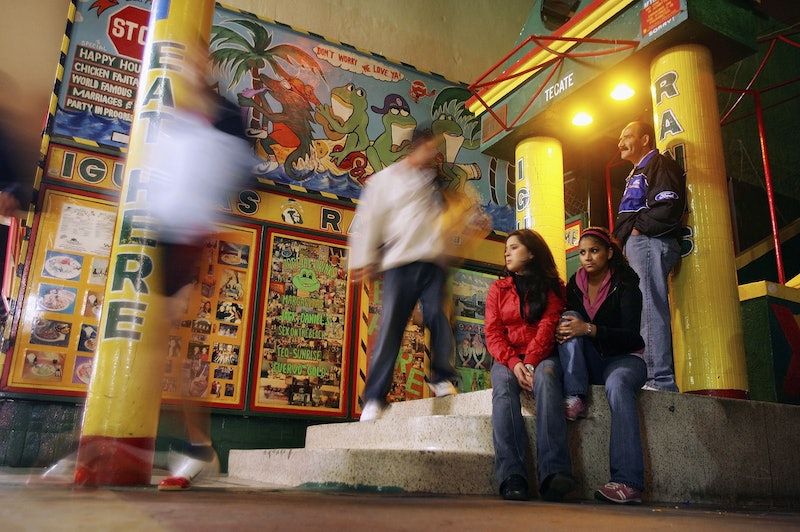 Wait, did the '60s have it right about LSD after all? The first controlled trial of the hallucinogenic in four decades has found that LSD could help lift chronic anxiety in some terminally-ill patients, and so could possibly be used therapeutically. But don't get too excited just yet: The study was small-scale, utilizing only 12 patients, and four of them — those who had lower doses of LSD than the rest — ended up with worsened anxiety a year later. Still, it's an interesting look into possible applications of hallucinogenic drugs.

The Swiss study, published in The Journal of Nervous and Mental Disease and sponsored by the Multidisciplinary Association for Psychedelic Studies, examined 12 patients suffering from extreme anxiety caused by illnesses. Most of the participants had terminal cancer. All held weekly psychotherapy sessions for two months with study author Dr. Peter Gasser.

Initially, they attended sessions where no drugs were introduced, but eventually, all participants had two full-day psychotherapy sessions in which LSD was administered. Eight of the patients received a "full dose" of LSD, which was 200 micrograms; the other four received the "placebo" or just 20 micrograms of LSD

And the study's results?

As Scientific American 's editors wrote a month ago:

“New thinking is desperately needed to aid the estimated 14 million American adults who suffer from severe mental illness. If some of the obstacles to research can be overcome, it may be possible to finally detach research on psychoactive chemicals from the hyperbolic rhetoric that is a legacy of the war on drugs.”

More like this
6 Abortion Advocates To Follow On TikTok
By Sara Youngblood Gregory
How 5 People Upended Their Lives To Fight For Abortion Rights
By Hannah Smothers
15 Years Of The iPhone, In Pictures
By Emma Carey
YouTuber Runs Into Margaret Sanger’s Grandson While Filming
By Alexis Morillo
Get Even More From Bustle — Sign Up For The Newsletter