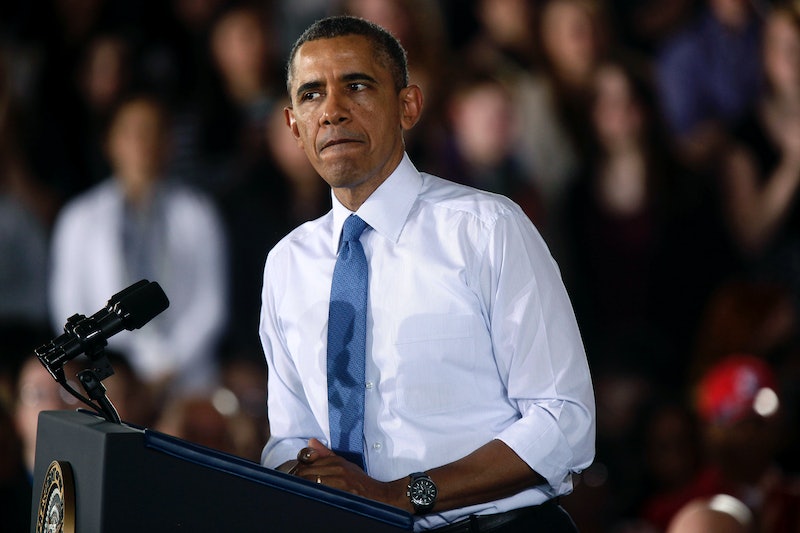 This Tuesday is Equal Pay Day, and this year, we're celebrating. To mark the occasion, President Obama will sign two executive actions aimed at eliminating the wage gap and increasing transparency surrounding pay discrepancies in the workplace. While equal pay legislation is currently languishing in the Senate, Tuesday’s executive actions will target the one-quarter of the workforce that the president can directly control: Federal contract work.

The first action is an executive order to keep federal contractors from retaliating against employees who discuss their paychecks. The goal of the order, which resembles a similar Senate bill, is to make it easier for women to find out what others make and uncover violations of equal pay laws. The order was timed to land ahead of this week's Senate debate on the Paycheck Fairness Act, which is unlikely to pass.

The other action, a presidential memorandum, will require the Labor Department to draw up new rules requiring federal contractors to report salary data, broken down by race and sex, to the government. The goal here is to encourage employers in the private sector to follow suit, which would make federal enforcement of equal pay laws easier.

The president will continue to celebrate Equal Pay Day with a speech urging Congress to pass the Paycheck Fairness Act, although the White House concedes that the executive actions are more a case of taking a first step when no one else will than of acting in concert with Congress. He has also invited Lily Ledbetter, of wage-discrimination law fame, to the signing.