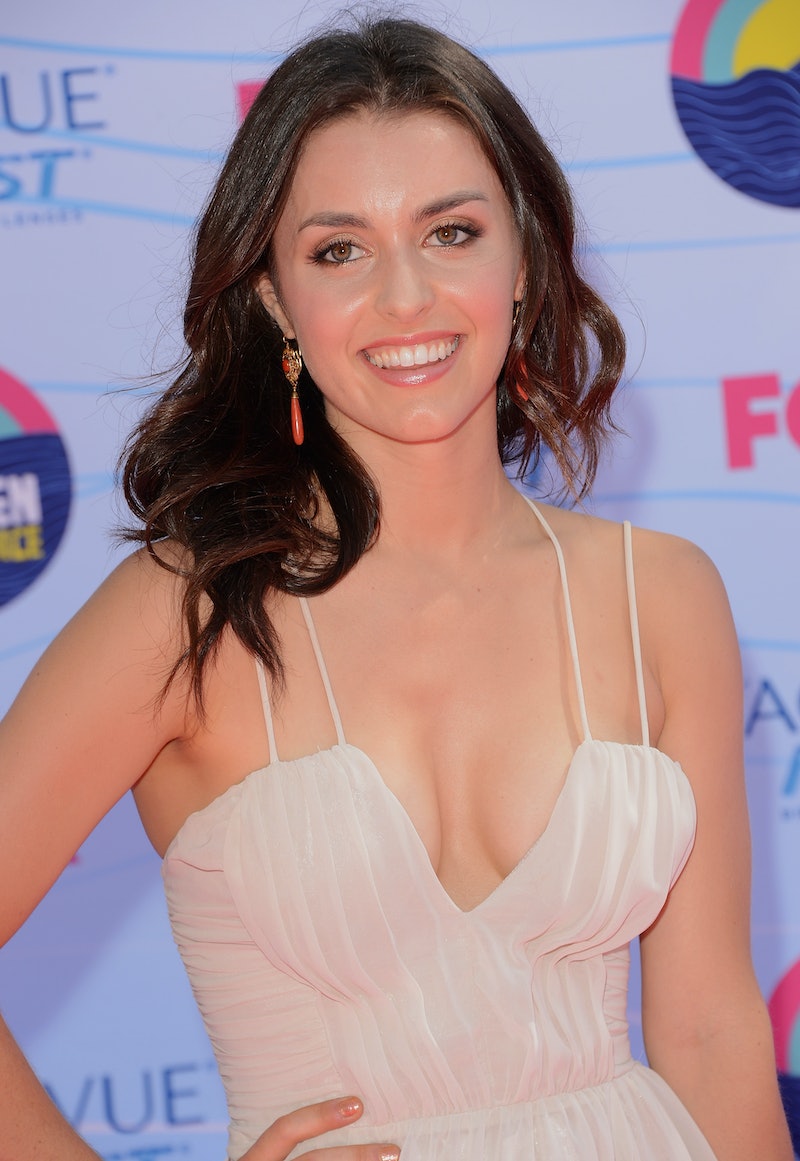 Prepare for some serious dance community synergy, because Monday night, Dancing With The Stars is getting some So You Think You Can Dance energy. SYTYCD alum Kathryn McCormick will swing by the ABC dance competition as a part of a special sponsored "Stars of Dance" number from Macy's. (Don't worry, we're not here to convince you to run over to the department store to pick up a pair of Jessica Simpson stilettos.) McCormick's appearance has got us wondering: What else has the dance star been up to?

Well, to put it bluntly: she's been dancing. But the starlet has also been testing her acting chops. After she came in third on Season 6 of So You Think You Can Dance, McCormick (as fans already know very well) went onto to be an SYTYCD All-Star in Seasons 7 through 10. And while that may introduce her to folks who love themselves some summertime reality television, McCormick has been making sure to expand her reach beyond just those folks who already adore her incredible stage presence and poise.

If you're not yet a McCormick super fan, you probably aren't studying her every move, so here's what the talented young dancer has been doing for the past few years:

She Starred in a Web Series About (You Guessed It) Dancing

Much like American Idol alums, SYTYCD alums come out of the series was connections -- mostly to renowned choreographers like Emmy-winner Stacey Tookey. Tookey's dance drama and web series, Chasing 8s, stars McCormick as a young dancer from Canada trying to make it in the States. It's not exactly a high budget show, some of these folks aren't exactly Emmy-primed actors, and it seems to resemble a certain defunct CW show a little too heavily, but hey, there's lots of really beautiful dancing.

She Followed in Channing Tatum's Footsteps... Sort Of

McCormick actually starred in a full length film in the Step Up series. Step Up: Revolution came out in 2012, featured fellow SYTYCD alum Stephen "tWitch" Boss, and took place in Miami where South Beach dance battles are (apparently) the choice form of entertainment and flash mobs are "a cultural phenomenon."

McCormick was a notable presence in the music video for "Jar of Hearts," or that sappy song that overtook radio in 2010. Sorry, Christina Perri.

McCormick was a part of The Revolve Tour, which aims to motivate girls to chase their passions and dreams and instills confidence. She has since taken a hiatus, but still offers herself up to young women as a confidant as evidenced by the sweet video below.