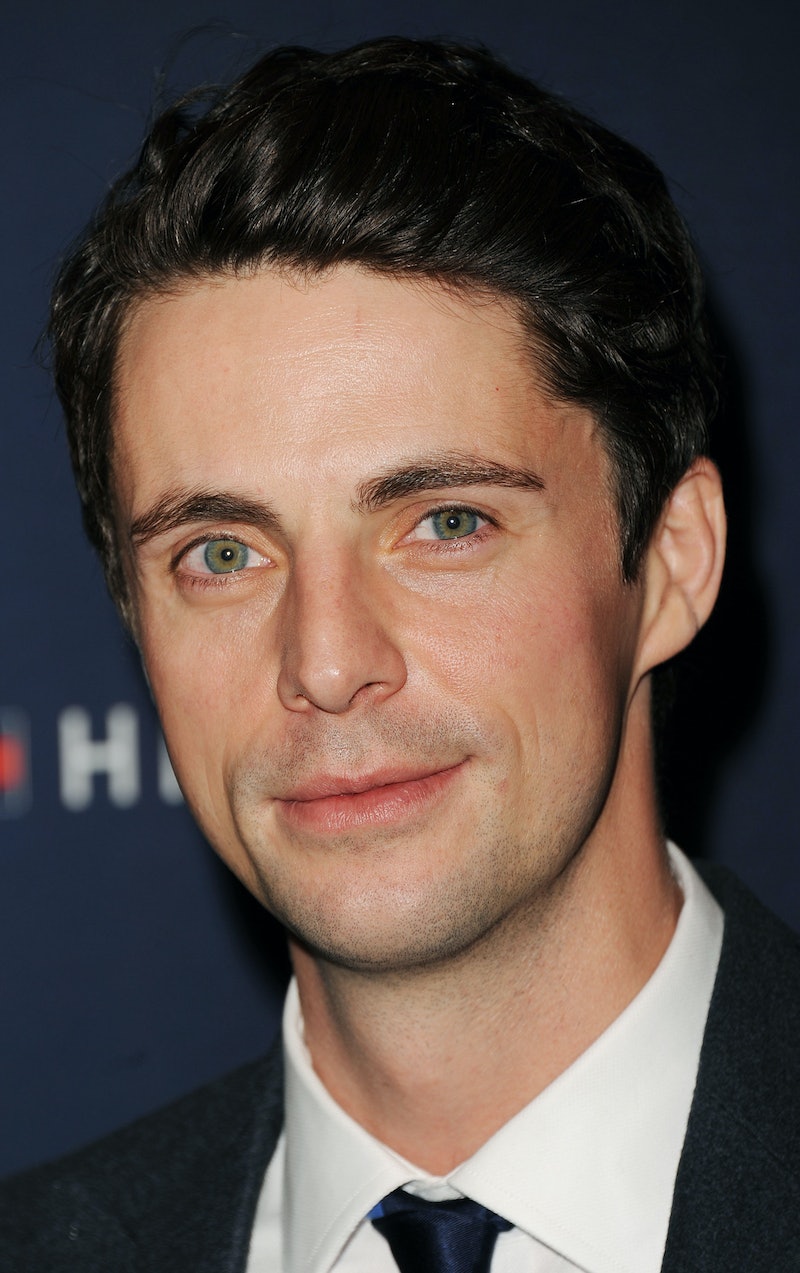 When prosecutor Finn Polmar (Matthew Goode) was introduced on CBS' The Good Wife, there was little reason to suspect he'd be anything more than just another face in the legal drama's endless parade of famous guest stars. But when the case he was arguing against Will Gardner (Josh Charles) was tragically cut short by a hail of bullets, everything changed — for both the series and Goode. With Charles' sudden departure from the show, Goode was just as suddenly promoted from guest star to series regular, and Finn is officially here to stay.

In the aftermath of the courtroom shooting, Alicia Florrick (Julianna Margulies), Will's employee/enemy/lover, went to visit a wounded Finn in the hospital. (He took a bullet trying to drag Will to safety.) The two bonded briefly — Alicia in her grief, Finn in his medicated loopiness — and that seemed like the end of Finn's story. So what possible purpose will this character, a complete stranger until two weeks ago, serve as a series regular?

In an interview with TVLine, executive producers Robert & Michelle King stated that they brought Goode on as a regular to provide the show with a "jolt of male energy" after Charles left. It is true that The Good Wife focuses a lot of its time on female characters (Alicia, Diane Lockhart, Kalinda Sharma). But what about Chris Noth (who plays Alicia's husband Peter) or Matt Czuchry (who plays her partner Cary)? Are they not "male" enough?

It's a little worrisome that the creators so blatantly admit to using Goode as a direct replacement for Charles. Do they really expect viewers to let go of Will's character so easily after four and a half years of watching him work alongside/flirt with/battle against Alicia? Wouldn't it have been more appropriate to bring him on as a recurring guest star for a few more episodes this season, and then promote him to a regular in Season 6? This would have allowed time both for the viewers to mourn the loss of Will and for the writers to gauge audience reaction to Finn.

But maybe the writers are just so confident in Goode's talents that they don't need time. He has been turning in consistently stellar work around Hollywood for several years now: as Scarlett Johansson's wealthy fiancé in Woody Allen's Match Point , as egomaniacal villain Ozymandias in Watchmen , as Colin Firth's doomed lover in A Single Man , and as Nicole Kidman's sociopathic brother-in-law in Stoker , among others.

So what will we be seeing from Finn Polmar in the near future? One storyline, teased in the same TVLine interview, involves Finn being caught in political crossfire when it "becomes evident that [the shooter] did not commit the crime he was accused of." Another possibility is — gulp — a romance with Alicia. According to the Kings, there is "a lot of fun chemistry" between Margulies and Goode, and while they're not committed to going there yet, they haven't exactly ruled it out, either.

More like this
Here's Why You'll See Less Of Olivia Rodrigo In 'HSMTMTS' Season 3
By Bustle Editors
Everything To Know About The Flash Season 9
By Brad Witter
Sadie Sink Would Escape Vecna From 'Stranger Things' With This Taylor Swift Song
By Grace Wehniainen
Who Is 'Stranger Things 4' Fan-Favorite Joseph Quinn Dating IRL?
By Grace Wehniainen
Get Even More From Bustle — Sign Up For The Newsletter