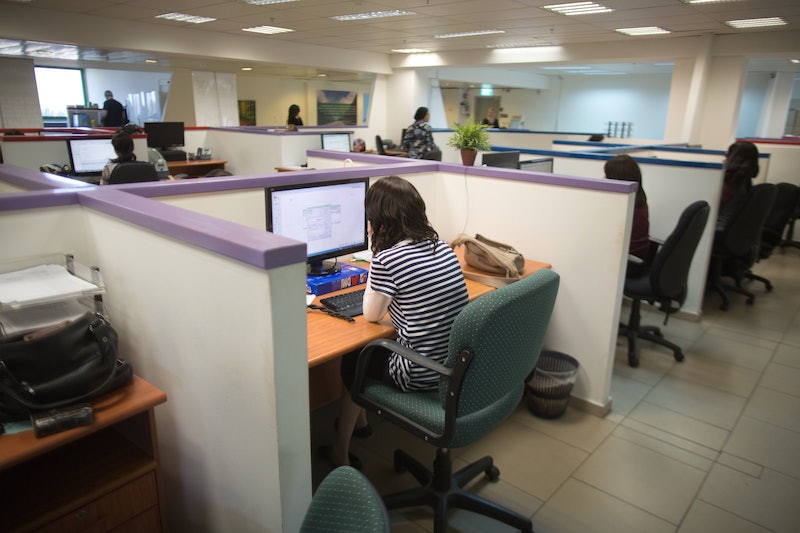 Today, April 8th, 2014, is Equal Pay Day — it marks how long into this year women have to work in order to catch up with what men earned in the previous calendar year. Predictably, this occasion causes policy wonks, feminists, and general commentators of all stripes to opine on the gendered wage gap, and quality of these opinions varies. Wage gap deniers have made the Wall Street Journal, arguing that "once education, marital status and occupations are considered, the 'gender wage gap' all but disappears." What is the argument? Can it hold water?

Here are the main points made by American Enterprise Institute (AEI) researchers in the gender wage gap myth piece:

Men were almost twice as likely as women to work more than 40 hours a week, and women almost twice as likely to work only 35 to 39 hours per week. Once that is taken into consideration, the pay gap begins to shrink. Women who worked a 40-hour week earned 88% of male earnings. Then there is the issue of marriage and children. The BLS reports that single women who have never married earned 96% of men's earnings in 2012....

Education also matters. Even within groups with the same educational attainment, women often choose fields of study, such as sociology, liberal arts or psychology, that pay less in the labor market...

Risk is another factor. Nearly all the most dangerous occupations, such as loggers or iron workers, are majority male and 92% of work-related deaths in 2012 were to men.... Also: Males are more likely to pursue occupations where compensation is risky from year to year, such as law and finance. Research shows that average pay in such jobs is higher to compensate for that risk.

That is, (allegedly) once you control Bureau of Labor Statistics wage data for these factors, the gender wage gap virtually disappears. Women work fewer hours than men, they enter and exit the labor force more frequently than men in order to raise a family, they choose majors associated with lower-paying jobs, and they shy away from physically and financially risky occupations.

The implications of this argument, if true, are significant. If the gender wage gap really is a myth, then political action taken to "correct" it is at best unnecessary and at worst harmful tampering in the economy, with potentially unintended consequences. Because the Wall Street Journal piece is more of an op-ed than a carefully-cited research document, and because statistics is hard, it remains unclear whether the AEI researchers' argument is well-supported by the data. We can feel additionally suspicious because AEI is an essentially conservative organization, whose small government and traditional family agenda would be well-served by finding that the wage gap is indeed a myth.

But even assuming the data analysis was done well, I can't help but feel as though gender wage gap pieces tend to talk right past each other. The subtext of the feminists' point about the wage gap is that those very factors mentioned by AEI researchers — choosing different majors, taking time off to raise a family, etc. — still shouldn't be allowed to cause a wage gap. So it's unsatisfying to point out to them that those are in fact the causes. But, whether or not legislation succeeds, it's unlikely that women's apparent preferences for certain kinds of fields and flexible assignments will change anytime soon, and employers certainly aren't going to voluntarily start paying people — women or men — for experience, majors, and availability they just don't have.

To all women, affected by the wage gap or not, I'd recommend taking matters into your own hands — by continuously investing in your professional skills and learning how to negotiate. These are actions that will pay off for you no matter what, while the gender wage gap controversy machine spins on and on.