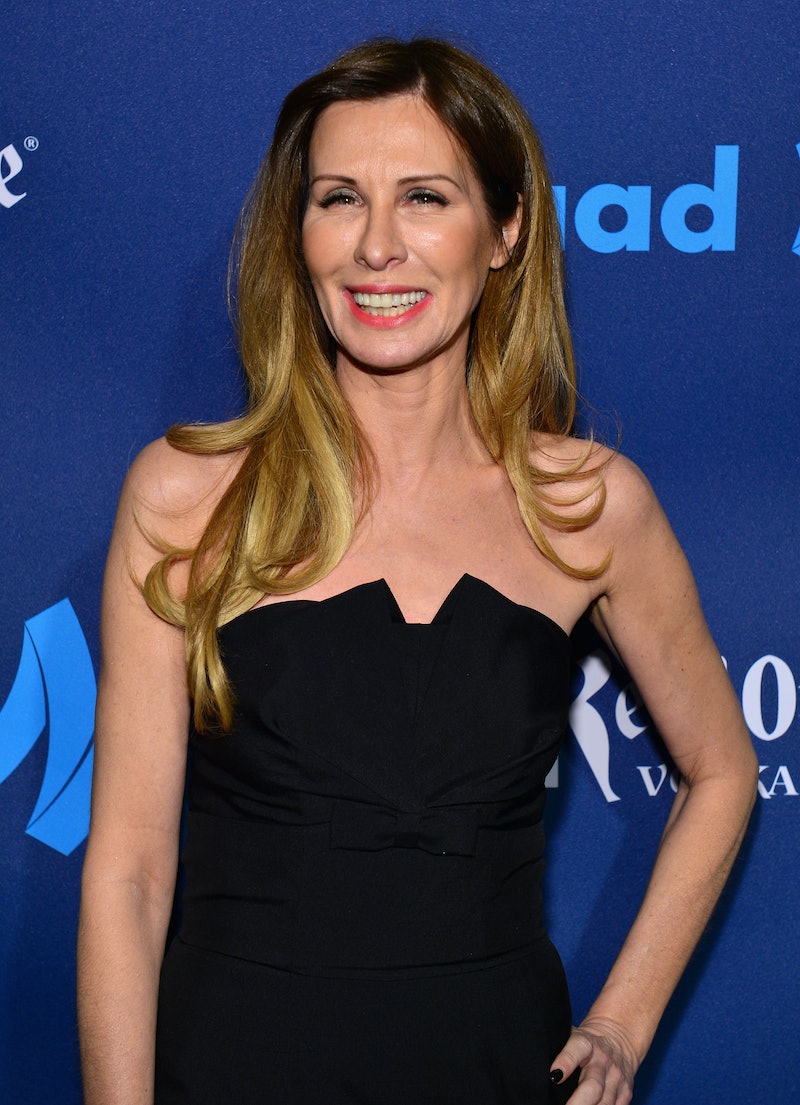 On the most recent episode of The Real Housewives of New York City, #BookGate raged on as the women took a vacation to The Hamptons. Oh, Real Housewives and your forced trips! If you've been watching, you may have wondered, "Hey! What's Carole Radziwill's book about anyway? Sure, she claims to be the one who's the real writer, but I need to know more before I make an informed decision on my BookGate allegiance." I feel ya, honey. We all need to know the facts before using the #BookGate hashtag all willy nilly.

As for Radziwill, she's a real live journalist, she doesn't just play one on TV. She worked with Peter Jennings' documentary crew and with the shows 20/20 and PrimeTime Live, and for her work she has received three Emmy awards. In 2005, Radziwill's first book What Remains: A Memoir of Fate, Friendship and Love was published and spent over 12 weeks on the New York Times Best Seller list.

The book is about the days leading up to her husband's death and another tragedy that occurred at the same time. A description of the book on Radziwill's website reads,

What Remains begins with loss and returns to loss. A small plane plunges into the ocean, carrying John Kennedy and Carolyn, Carole’s cousins-in-law and closest friends. Three weeks later Anthony died. He was diagnosed with cancer shortly before their wedding and his illness became the focal point of their five-year marriage. The summer of the plane crash, the four friends were meant to be cherishing Anthony’s last days. Instead, Carole and Anthony mourned John and Carolyn, even as Carole planned her husband’s memorial.

It's very heavy stuff and it's something that a writer would, of course, want to write about herself. Radziwill had already established herself as a reporter when What Remains came out and quit her job at ABC to write the book: both of these are signs that Radziwill wrote What Remains herself without a ghostwriter.

Radziwill went on to write a second book, a novel titled The Widow's Guide to Sex and Dating. The book was released in February of this year, and while it's about being a widow like What Remains, it gives a lighter take on the subject. The description reads,

Claire Byrne is a quirky and glamorous 34-year-old Manhattanite and the wife of a famous, slightly older man. Her husband, Charlie, is a renowned sexologist and writer... Claire's life with Charlie is an always interesting if not deeply devoted one, until Charlie is struck dead one day on the sidewalk by a falling sculpture ... a Giacometti, no less! ... Over the course of a year, she sees a shrink (or two), visits an oracle, hires a "botanomanist," enjoys an erotic interlude (or ten), eats too little, drinks too much, dates a hockey player, dates a billionaire, dates an actor (not any actor either, but the handsome movie star every woman in the world fantasizes about dating).

The Widow's Guide has received praise from Sex and the City author Candace Bushnell who wrote, "Witty and charming... a delight. The character of Claire is a modern-day Holly Golightly."

So now that you know all about Radziwill's career, I think you're all set to make a well-formed opinion on #BookGate. #TeamCarole, amiright?

More like this
10 Must-Read New Books Out This Week
By K.W. Colyard
The Most Anticipated Books Of August 2022
By K.W. Colyard
Jennette McCurdy’s First Kiss On 'iCarly' Didn’t Go As Planned
By Bustle Editors
This New TV Show Revisits The Most Controversial True Story From Hurricane Katrina
By Brad Witter
Get Even More From Bustle — Sign Up For The Newsletter