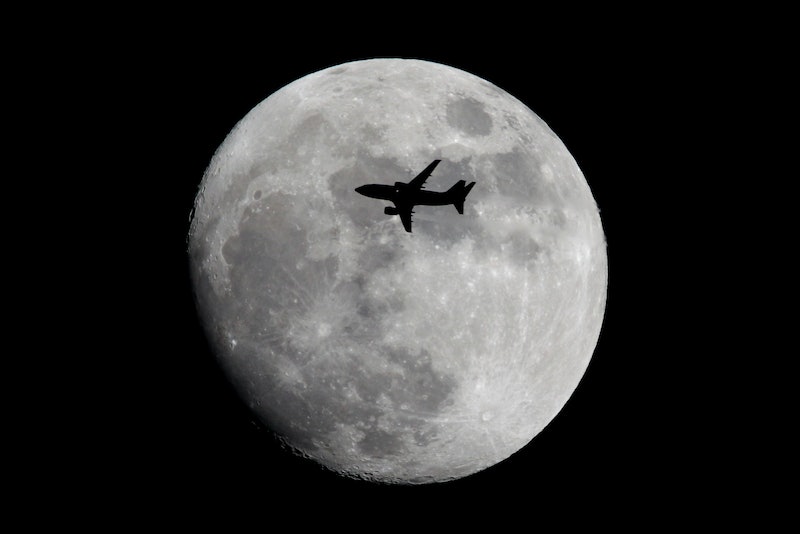 Hope you're not paranoid, because there's been a mystery space plane orbiting Earth for 500 days or so. Oh, and the Pentagon won't disclose why it's been up there so long, what it's doing, or when it's coming back. The X-37B already broke the record for longest-running space flight earlier this month. Of course, the creepily-named plane is shrouded in conspiracy theories: Is it used to spy on the Chinese? Is it bombing targets from space?

The Air Force is skimping on details about the space drone, although they have said the 17-foot-long, solar-powered aircraft is simply being used to test the limits of technology. But others aren't too sure about that reasoning, particularly in light of widespread NSA spying.

One rumor is that the X-37B is playing bumper cars with or gleaning data from other countries' satellites up in space. It could also be looking down upon China's Tiangong-1 space station or deep into jungles with high-powered infared cameras. Fox News, for its part, notes amateur astronomers say the plane has followed a path through Iraq, Iran, Afghanistan, and North Korea.

I think it is primarily an ISR (Intelligence, Surveillance and Reconnaissance) platform for testing new sensor technologies or validating new technologies. The current OTV-3 on orbit has basically been in the same orbit since launch, with only the occasional maneuver to maintain that orbit. That’s consistent with a remote sensing/ISR mission.

A regular space shuttle can stay in orbit for about 17 days. But the X-37B — which travels at 17,000 mph — isn't hampered by the needs of pesky human astronauts. A Canadian skywatcher captured the X-37B on video while it was illuminated by the moon. Blink, and you might miss it.

This is the third flight for the X-37B space mission, which blasted off from Cape Canaveral way back on December 11, 2012. It is unmanned and able to glide back down to Earth after its mission is complete.

So if you happen to see a plane cooly cruising down from space, keep us posted. But as the Pentagon is probably wont to say, "Nothing to see here, just move along."