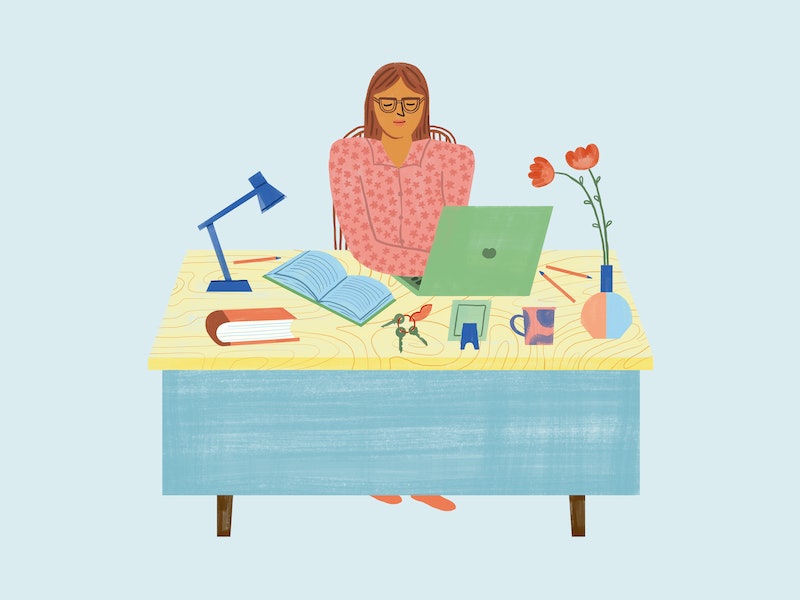 The issue of gender wage gap sparks frequent debate, with many nuanced think pieces and experiments looking at the issue from a variety of different angles. But could one factor in the conversation be how women handle salary negotiation? NPR reports that University of Texas professor Emily Amanatullah conducted an experiment where she had men and women negotiate their own salaries and then negotiate the salary of someone else. Women asked for an average of $7,000 less than their male counterparts when they were negotiating for themselves, but when they negotiated on behalf of others, they asked for the same amount as the men.

Amanatullah thinks that when it comes to negotiating salaries, women are concerned about coming off as too stern. Basically, nobody wants to be known as a pushy broad and according to other research, these concerns are valid — the NPR article says studies show that male and female managers are not inclined to work with women who negotiate salary during an interview.

It seems that women feel more comfortable helping someone else get a fair salary and hence having a reputation of being an advocate, while sticking up for themselves makes them feel selfish and ball buster-like. Maggie Neale of the Stanford Business School told NPR some questionable advice for women who feel uncomfortable about the salary negotiation process. She says that women should “When you're negotiating a raise, think of the other people your salary is supporting so the negotiation doesn't seem like it's all about you,” said Neal. The problem with that advice is that it reinforces the idea that it’s bad to vigorously negotiate for yourself. A salary negotiation is most certainly about the person who will earn the salary. It is also, of course, about the well being of all of the people that salary will support, but if we are going to change the narrative for women, we have to start with understanding that it’s not only OK but necessary to take care of yourself. There is nothing wrong with prioritizing your own well being — We don’t need to re-hash that oxygen mask on a plane idea do we? Additionally, what about those of us who are single with no kids and no other dependents? Truly, the only living being who benefits from my checks other than me would be my cat, and I can’t really say that I’m thinking about her 20-pound bag kitty litter deliveries when I’m negotiating with a potential client about rates. Attorney and author Victoria Pynchon has the right attitude and she shared her thoughts with Forbes.

As my experience showed, women suffer economically because we fail to ask, but we’re punished for our nerve when we do ask. We’re damned if we do and damned if we don’t, right?

No, we’re not. There’s another solution.

What we need to do is learn to powerfully ask for our true market value.

Say it! That is how you approach a negotiation regardless of gender. Nobody wants to be “bitch” in the office, but I’d rather start off with that reputation than live with being the “nice girl” who is making thousands of dollars less than she should. Reputations can and will change as co-worker interactions occur, but there is no good reason to lowball yourself while you spruce up your public image. As the great stripper philosopher Diamond said in that hood classic film The Players Club , “Make that money, girl. Don’t let the money make you."