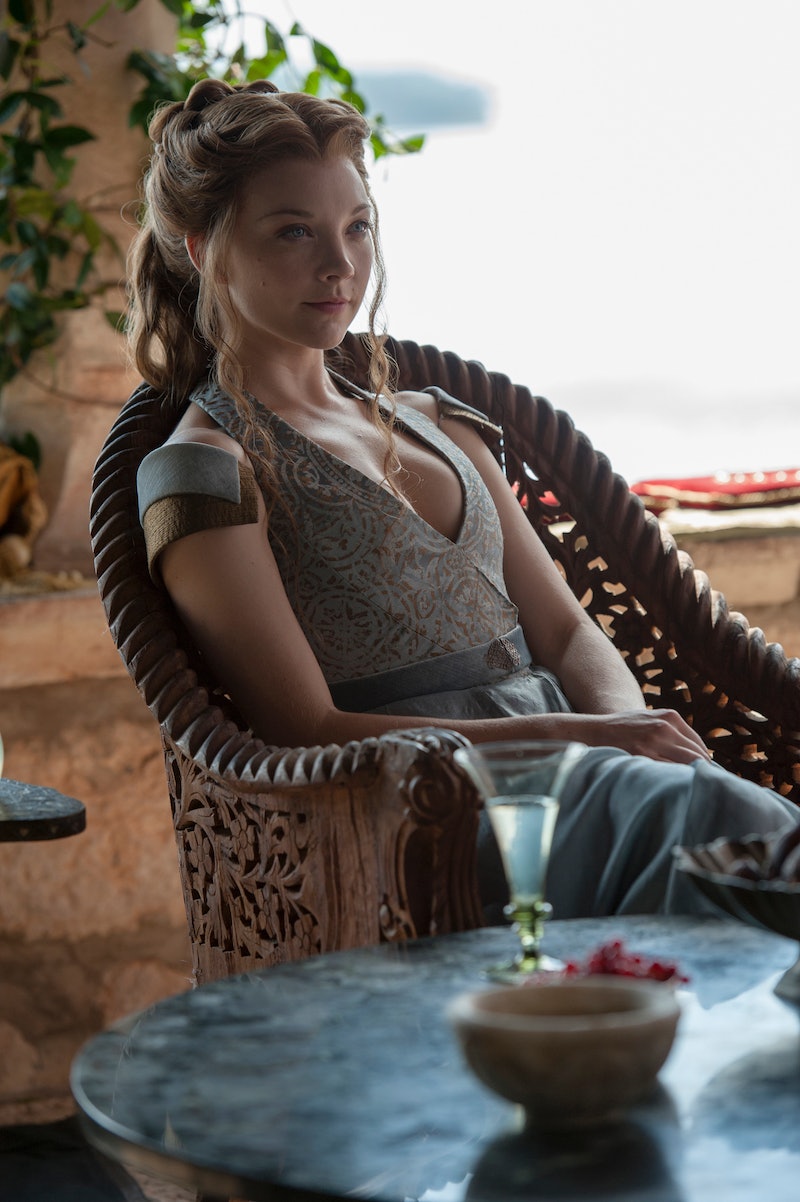 There's no denying that the fierce ladies of HBO's Game of Thrones have some dropdead gorgeous outfits — we're looking at you, Daenerys and Cersei — but no one comes as close to Vogue fashion as Margaery Tyrell does. That woman can work it. Like really work it. And while we're pretty sure that Natalie Dormer (the actress who plays the queen of almost-nip-slips) could wear a paper bag and still make it look fashionable, she wouldn't be looking nearly as flawless if Game of Thrones ' costume designer, Michele Clapton, weren't there to dress her.

Clapton, who won an Emmy for Best Costume Design for GoT Season 2, has quite the resume. Before she headed over to the Seven Kingdoms, she spent her days creating outfits for films like Sense & Sensibility, Before I Go to Sleep, and The Diary of Anne Frank. And now that she's busy helping Margaery dress to the nines on her journey to becoming the Queen of Westeros, she's using her background in the fashion industry to guide her visions of (skimpy) fabric grandeur.

In an interview with Vanity Fair, Clapton said that she looks "at contemporary fashion and art" for inspiration. She also revealed the ideas behind Margaery's jaw-dropping wedding gown, which we will see in Season 4, and the amount of time it took to create:

I’m pretty pleased with Margaery's dress . . . it took weeks . . . months even, with all the roses and embroidery, and the bias cut was hard to achieve with the cutaway elements that are essential for her style . . . I wanted it to be pretty, but on closer inspection, strong and to tell the story of her ambition . . . the crowns particularly tell this.

She even mentioned the controversial funnel dress from Season 2 that received mixed reviews from fans, calling it "an homage" to Alexander McQueen. Be still our couture-loving hearts.

All we can say is that we're glad Clapton found her way to GoT because without her, we wouldn't have all of these beautiful dresses (with plunging necklines) to drool over: