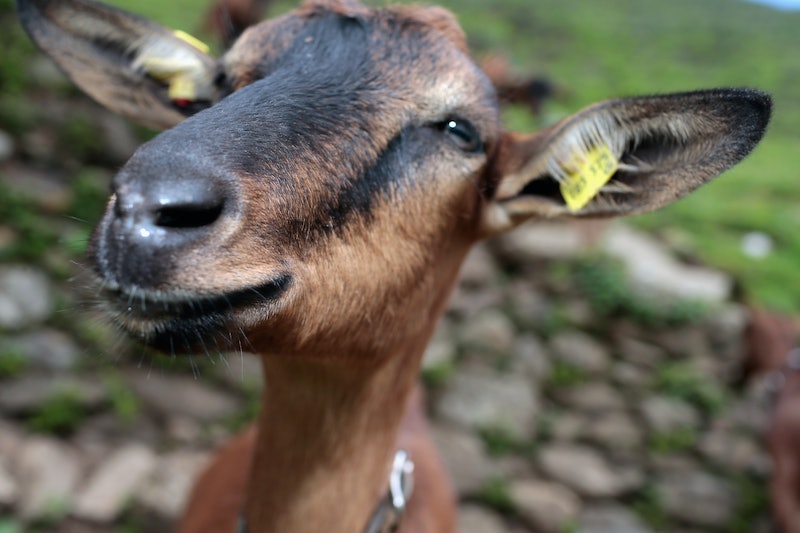 Look, sometimes you just need a bunch of goats to scream at you to the tune of the theme song of a popular television show. I can't explain it; sometimes the world is a mysterious beast. But this Game Of Thrones parody "Game Of Goats" is way more amusing than it has any right to be and maybe — just maybe — that's some testament to the human condition.

With Game Of Thrones officially back for its fourth season, we're all gonna need a little reprieve from all the murder and the medieval mayhem. So... why not go with goats, really? We learned last year that goats are great additions to pop culture moments — just ask Taylor Swift's "(I Knew You Were) Trouble," and the goat responsible for making it one of the most replayed moments of my 2013.

What can I say? Sometimes goats who scream like humans can just get to you.

It should also be noted that one of the "goats" in this video is most definitely a sheep. Blasphemy.

The Game Of Thrones theme song is definitely one of the most singable theme songs that also happens to lack words — it's right up there with the themes for Buffy and Doctor Who — so it only follows that it is humanity's duty to pair it up with as many different animals as possible.

And yes, in case you were wondering: The "(I Knew You Were) Trouble" goat version does still make me laugh with embarrassing length and frequency:

More like this
The Meaning Behind Beyoncé’s Song "SUMMER RENAISSANCE" Includes A Special Tribute To Jay-Z
By Alyssa Lapid
The Controversy Around Beyoncé's “ENERGY”, Explained
By Frances Stewart
Everything To Know About Beyoncé's New Album
By El Hunt and Radhika Menon
Yes, You Do Know The Song From The 'Black Panther: Wakanda Forever' Trailer
By El Hunt
Get Even More From Bustle — Sign Up For The Newsletter