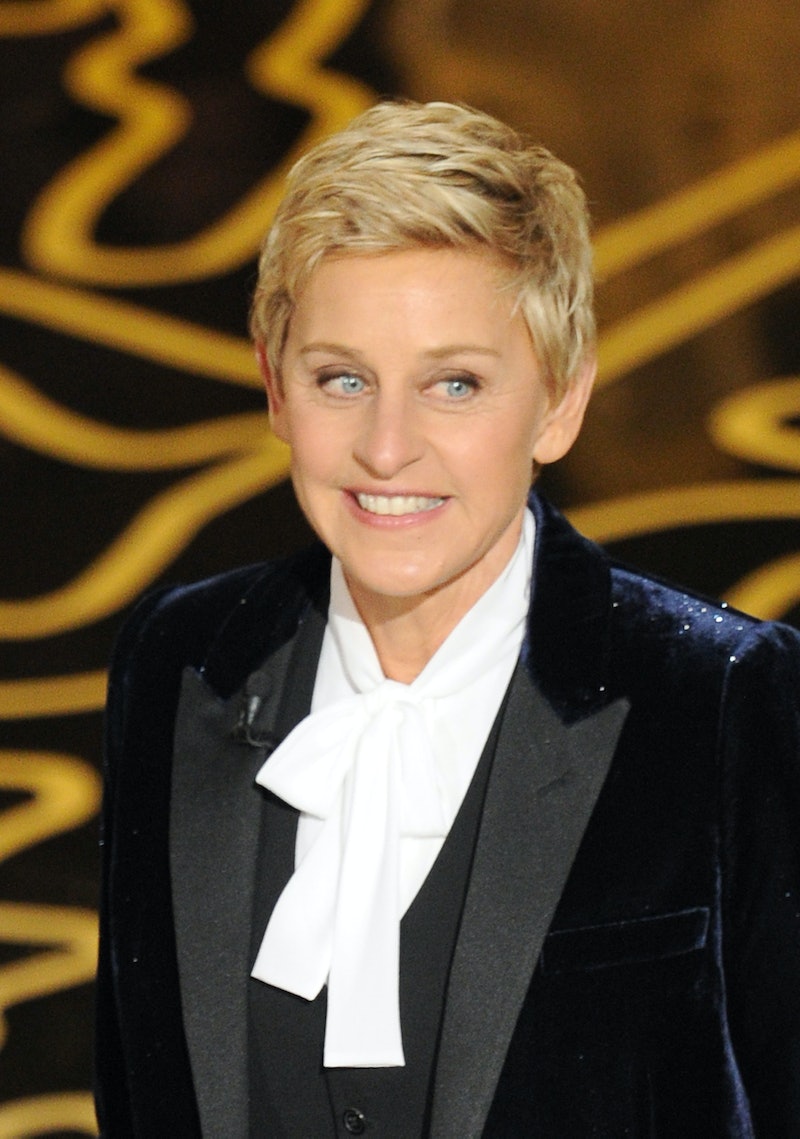 The announcement that David Letterman would be retiring from The Late Show was met with a lot of shock and sadness. How exactly do you do The Late Show with David Letterman without the eponymous David Letterman? Rumors have been running rampant about who was going to be asked to step up and replace him with Neil Patrick Harris and Ellen DeGeneres being two of the most popular choices. Neil Patrick Harris spoke up to say he wouldn't, calling it "an asinine amount of work", and, in stark contrast, Ellen DeGeneres has addressed the rumors by spoofing what her Late Show would be like.

"I heard a rumor that one of the people being considered to take over the Late Show is me. I am flattered, but I really love doing my daytime show," DeGeneres said on The Ellen Show on Thursday. "...But I feel like you don't really know if you're good at something until you try it."

She then brought out Paul Bartholomew to act as her announcer and piano player while she ran behind the curtain to re-enter the stage. Bartholomew provided piano riffs and rimshots every time DeGeneres made a joke and, being both Ellen DeGeneres and a faux Late Night host, there were a lot of them. Although she claimed political jokes weren't really her style, DeGeneres got quite a few zingers in, including one aimed at Colorado's marijuana profits: "Here, this is interesting: Last month Colorado made 3.5 million dollars in profit from marijuana. And if you ask me, that number, just like everyone in Colorado, is super high."

DeGeneres also did a parody of Letterman's Late Show Top Ten List, but instead of "Top Ten Rejected James Bond Gadgets" or "Top Ten Least Successful Film Sequels", she ranked her top eleven pets. Or, rather, she tried to rank her top eleven pets, but felt too guilty to finish the list.

If she was trying to prove that she wasn't cut out for The Late Show, then she totally went about it the wrong way. David Letterman is an irreplaceable staple of late night talk shows, but DeGeneres can hold her own comedy wise. If we can lure her away from daytime television, it would soften the blow of losing Letterman just a little bit.

Watch the clip below.