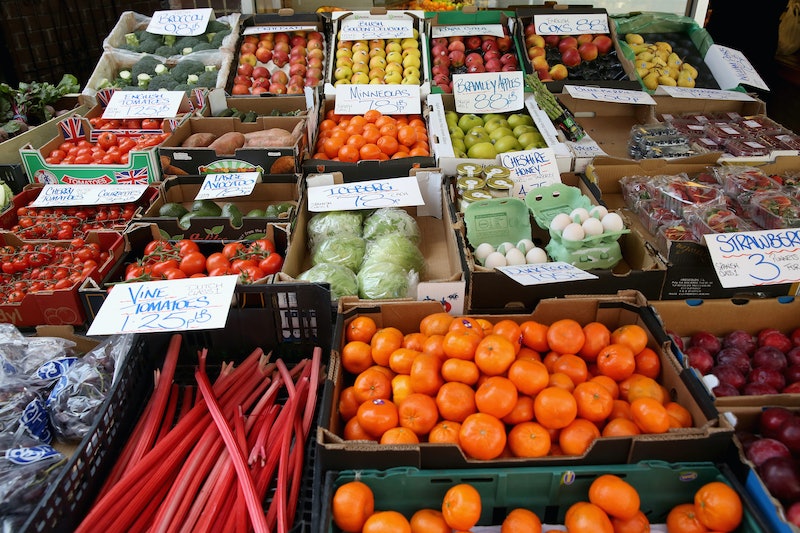 Organic foods should be available to everyone, not just those at the top of the food chain, so to speak. That was the message Thursday when Walmart announced its new line of organic foods. The nation's largest grocery seller has teamed up with Wild Oats to bring out the new range, which will be offered at the same price as non-organic national brands and 25 percent cheaper than the organic national brands stocked next to them in the store.

The new range will include nearly 100 pantry items, such as tomato paste, pasta and chicken broth, under the Wild Oats label. The products will be released over the next few months in about half of Walmart's 4,000 domestic stores, adding to the roughly 1,600 organic food products already sold.

Organic foods may still be a niche market — they made up around four percent of total U.S. food sales in 2012 — but it is a growing one, and Walmart's push to make the products available to lower-income shoppers is likely to significantly speed up that growth. In fact, an internal Walmart survey discovered that 91 percent of its shoppers would be happy to buy organic products if they were affordable.

The way Walmart's keeping the prices down? Entering into longer-term agreements with suppliers such as tomato growers so that they have a solid incentive to grow more. Walmart is also in a position to buy in extremely large quantities and harness its existing supply chains to effectively cut out the middle men.

Wild Oats is a genius and slightly ironic choice for Walmart's partnership. The brand was founded in Boulder, Colo., back in 1987 and was one of the giants of organic foods as the market was just getting itself established. The company was acquired in 2007 by the brand probably most associated with organic foods today — Whole Foods. After a lengthy regulatory battle, Whole Foods ditched the chain in 2009 and Wild Oats almost completely disappeared.

Now Wild Oats, with the help of Walmart, will be giving Whole Foods a run for its money. The boost in consumer demand for organic products that is likely to follow Walmart's launch could, at least in the short term, raise prices for organic ingredients. This is bad news for retailers such as Whole Foods, who may have to think about cutting their prices.

However, it's pretty unlikely that Walmart's organic range is actually going to affect Whole Foods all that much. For starters, Whole Foods is a small store in comparison with Walmart, and they don't really attract the same customers. Secondly, Whole Foods is about a lot more than just canned goods; it makes its name as an industry leader on a whole range of issues, from humane animal slaughtering to sustainable seafood.

One thing that's definitely awesome about Walmart's new roll-out is that it reflects a trend toward healthier eating, which has got to be a good thing.