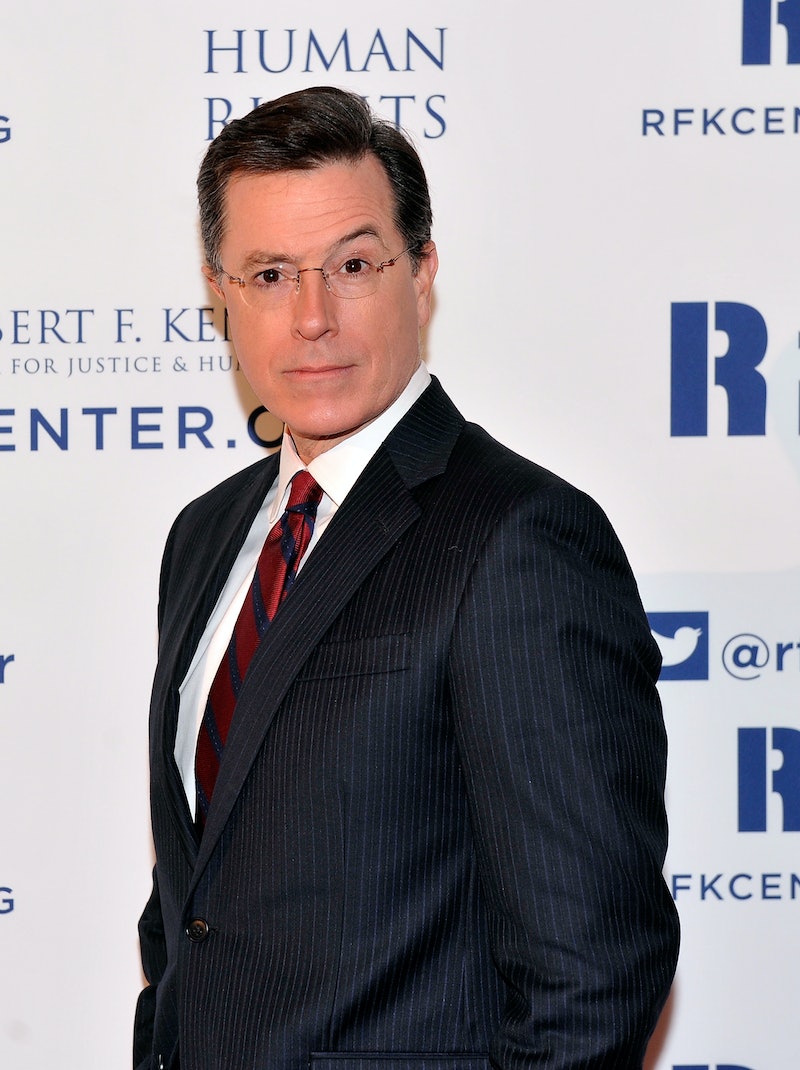 It was just announced that Stephen Colbert is slated to take over The Late Show after Letterman's retirement in 2015. But which Stephen Colbert can we expect once he makes the move to late night TV? On the one hand, there's "Stephen Colbert", the bombastic right wing pundit, the Patron Saint of Truthiness and Wikiality, and the greatest satirical character of our generation. On the other hand, there's Stephen Colbert, the Second City/ Strangers With Candy alum, Sunday School teacher, and family man who rarely talks about his actual political beliefs (though I think it's safe to say he's somewhere squarely left of Papa Bear Bill O'Reilly... but then, so are most people).

It's no secret that late night shows are cults of personality, but this will be the most flagrant example, and I can't help but wonder if it will be sustainable. Colbert the character is aggressively hilarious in half-hour increments, but it will be interesting to see whether or not it wears thin over the course of an hour, both for the audience and for Colbert the performer. I have no doubt that if anyone can pull it off, it will be the mad genius who ran for president and marched to keep fear alive, but that's a tall order for any performer, no matter their level of expertise.

I'm also curious to see how Stephen Colbert the character would handle an inherited institution like The Late Show. The Colbert Report has been lovingly crafted over the course of almost a decade as a monument to Colbert-the-character's massive ego, amassing in that time a cult-like following and even a language all its own. Even so, there is something that feels scrappy and personal and ebullient about the show, like everyone involved is having an absolute blast (In college, I was lucky enough to be an intern at The Colbert Report, and I can assure you, they really are). It will be hard for anything to feel scrappy or personal under the Late Show banner. Hell, the desk isn't even in the shape of his initial.

I have a lot of faith in Stephen Colbert, both Stephen Colberts, and I am sure that The Late Show with Stephen Colbert will be an unprecedented success and delight. I just hope that it finds a way to remain as intimate, singular, and special as The Colbert Report.

In any case, congratulations, Stephen Colbert!

UPDATE: Stephen Colbert will not host 'Late Night' in character. “I won't be doing the new show in character, so we'll all get to find out how much of him was me. I'm looking forward to it… ” Colbert said in a statement.

More like this
'The Undeclared War' Took Inspiration From This Gavin & Stacey Location
By Maxine Harrison
Who Is Liam Neeson's Character In The Obi-Wan Kenobi Finale?
By Kadin Burnett
Viktor Hargreeves’ Coming Out Scenes Are The Sweetest Part Of Umbrella Academy Season 3
By Gretchen Smail
Here’s How Lizzo Is Supporting Abortion Rights After The Roe v. Wade Reversal
By Brad Witter
Get Even More From Bustle — Sign Up For The Newsletter