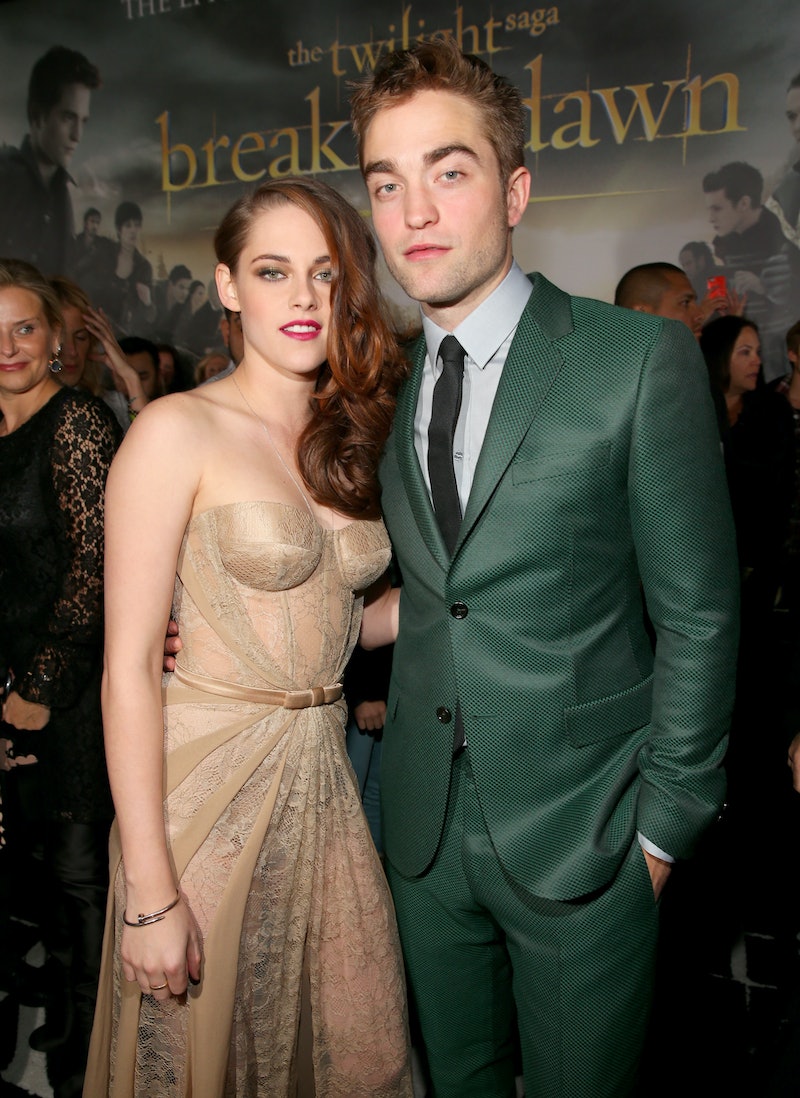 Kristen Stewart and Robert Pattinson may not have openly sung Twilight's praises — but they sure made bank off of it. Now, we knew that the Kristen Stewart and Robert Pattinson collected huge salaries for Eclipse and Breaking Dawn. I mean, duh. But new information, by way of a lawsuit between Goldcrest Film Distribution and Summit, has come to light about how much Stewart and Pattinson made off the first two Twilight films. And it explains so much about why they stuck it out because we all know it wasn't just for all the outtake laughs or because they liked each other so much.

E! News acquired court documents from the proceedings between Goldcrest and Summit that reveal that the first installment to the Twilight Saga earned over $392 million worldwide at the box office. Oh, and that's not including the 11.5 million DVDs. According to the documents, Goldcrest is suing Summit, "claiming that they were deprived of money due to deceptive accounting practices." The company also claims that Twilight cost less that $40 million to produce and that they gave $10 million to production upfront, with the agreement that they'd receive a portion of the worldwide revenues for all four films. So that's the gist of their issues — but where this all gets interesting is where we get into the sums that K-Stew and R-Patz collected for their turn as, er - K-Stew and her vampire boyfriend.

According to the lawsuit, amended talent agreements for the two franchise leads and other stars awarded the stars with additional retroactive bonuses that totaled $6 million. Pattinson was allegedly entitled to $300,000 of that lump sum. But it gets better — when negotiations for New Moon began, the 2007 Twilight agreements were amended to include ADDITIONAL retroactive bonuses. Granting Pattinson and Stewart with $2.5 million each. Basically, the pair made bank on the film franchise that Pattinson later bashed (repeatedly) along with its obsessive fandom. Must be nice.

The franchise's two stars were openly labeled as "haters" as early as 2009 when Stewart's father bashed the film in response to being asked why his daughter didn't present with Pattinson at the Oscars. And Stewart and Pattinson didn't treat the film that launched them from being that pretty- guy who died in Harry Potter and the Goblet of Fire and the tomboy from Panic Room much better. The openly mouthed-off on how terrible they thought Stephanie Meyer's books and the film franchise was. Stewart hated meeting fans and called them "thoughtless" in 2009 and Pattinson just hated everything. (There are entire Tumblrs devoted to Pattinson hating Twilight and, by extension, life.) Which subsequently led us to wonder why they didn't just quit, it's not like we'd have notice if they recast the actors. Well, we might have — no one can mumble quite like K-Stew or get that perfect coif like R-Patz.

Now we know what motivated these two perpetually unsatisfied stars to stick around for three more Twilight films after the first installment — cold, hard cash. Which obviously makes them great businesspeople, considering their bonuses and salaries got progressively higher over the course of the saga (and the more they complained). Cash is king, after all — even if you're a 108 year old vampire with diamonds in your skin.