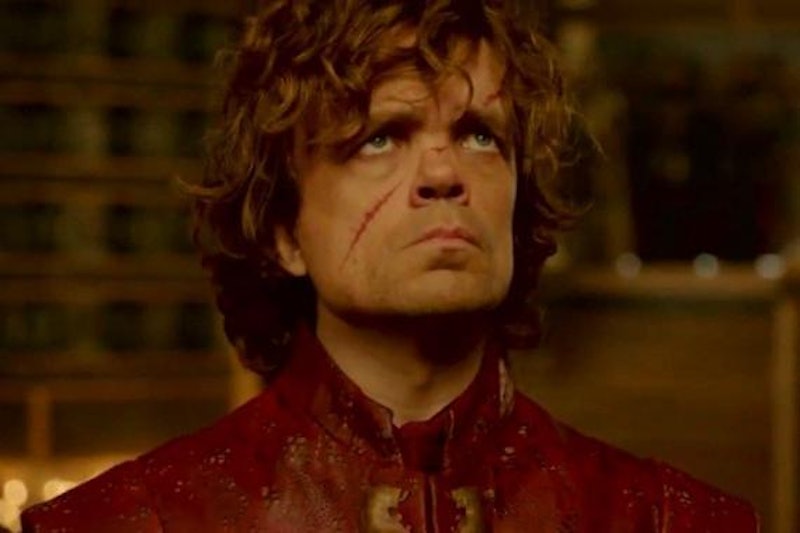 You know that the show is full of spectacle, but did you know that a single episode on Game of Thrones cost $8 million? More specifically, did you know that glorious, devastating hour on television almost didn't even exist? That's right, humans on the Internet — you almost never had The Battle of Blackwater. Well, you still would have had it (it's an integral part of the story, after all), but you just might not have seen it. Which would have sucked.

In case you forgot, or you're still recovering from The Red Wedding, the Battle of Blackwater was the ninth episode of Season 2, and it had that epic, epic, EPIC battle between the always sadistic King Joffrey and often table-staring Stannis Baratheon's respective armies. This is the episode when Tyrion got sword-to-the-face-syndrome — resulting in that scar on his face that he's had ever since.

That hour cost $2 million more than the average episode in a season. So wait a second — every episode costs about $6 million!?!! How would The Master of Coin in King's Landing handle that?

But you've got to ask yourself when you're making an epic show like GoT — what is necessary in order to tell the story? Showrunner David Benioff said:

It’s all about why this story needs this big battle. ‘You guys were able to do the first season successfully without major, big-scale battles, why does this one need to have one?’ And so it was really a long conversation about how the second season all builds towards Blackwater.

It makes sense — it's like how all of Season 1 led to Ned Stark's beheading (oh, Sean Bean) and Season 3 led to The Red Wedding.