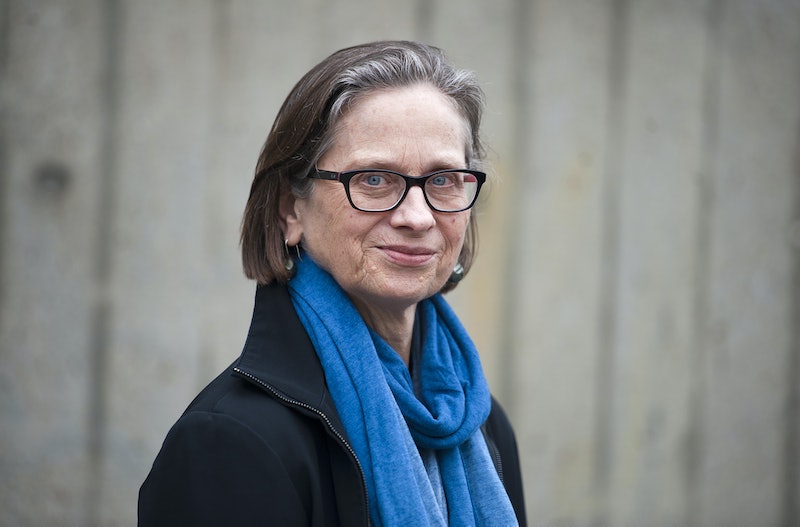 Real book blurbs I would not use to describe Lydia Davis’s new collection Can’t and Won’t (Farrar, Straus and Giroux):

“A gripping story of revenge, regrets, and redemption.”

“The climax is among the most horrifying I have ever read.”

These are blurbs for other things — for airport bookstore thrillers or something Liam Neeson is putting in the can as we speak. No, Davis's stories are not those kinds of stories. And although it might seem funny to describe a book by saying what it is not, for Davis, definition by negation is a useful rhetorical device. An astute observer of the world around her, she understands that considering who we aren’t can alert us to our own humanity and mortality. In one story, Davis muses:

105 years old:she wouldn’t be alive todayeven if she hadn’t died.

In another, a character survives a plane trip after a scary landing. That evening, safe on the ground, she is eating dinner in a restaurant. If she had died in that plane, that egg wouldn’t be there, on that plate. “The egg would have been looking up at a different fork, or even the same fork, but in a different hand. My hand would have been somewhere else, maybe in a Chicago morgue.” The moments she describes are, at first glance, mundane, but they ultimately reassure us about our own place in the world. We’re not there; therefore, we are here.

In Can't and Won't, most stories fit on a page, and some are just a line or two. (They may look like poems, but Davis prefers to call them stories.) The short form Davis favors requires a careful attention to language. She leaves no room for flowery descriptions or ornamental clauses. Most of her task as a writer is distilling her observations down to their essence, a skill she borrows from haiku and imagist poets. It's easy to imagine the author with pages of drafts before her, whittling down words until she has the barest frame with the most meaning.

Davis does venture long in “The Letter to the Foundation,” which is an anomaly at almost 30 pages — but its length is part of the story's set up, almost a joke. The narrator struggles to compose a letter no one is expecting and no one will pay much attention to. The task of writing the letter has loomed over her for years; she’s been putting it off and finally managing to get all her thoughts down. By the end of the story, her anxiety has escalated into a full-blown existential crisis. She realizes that “not only was I not necessary … , and not necessary to those lives that continued to go on without me, but in fact, I was not necessary at all. I didn’t have to exist.”

Davis's narrators are worriers: lovable, obsessive types. Usually, their fears fizzle out or amount to nothing. Sometimes, though, their crises get the better of them, and we watch humanity on full-display through the author's deliberate, pared down word.

In a recent New Yorker profile, Davis said of her process:

So this is how to build a Lydia Davis story: take an ordinary human moment and strip it down. Let it run around naked, just for a moment. The result will be awkward and embarrassing, of course. But it will be beautiful, too, in its own way.